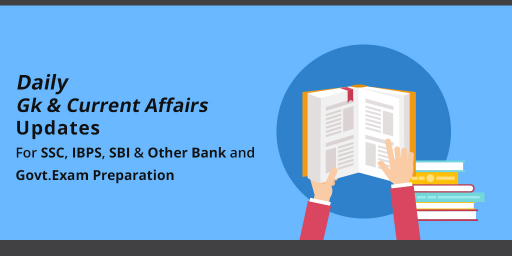 Union Minority Affairs Minister Shri Mukhtar Abbas Naqvi today said here that under the “Mudra Yojna”, launched on 08th April 2015, the Centre has approved about 9.13 crore loans.
●    Addressing the common people, traders, industries’ representatives and people from social sector in Hyderabad during “Pradhanmantri Mudra Yojna” promotion camp, Shri Naqvi said that there are about 76 percent women in these beneficiaries of “Mudra Yojna”.
●    More than 55 percent of the beneficiaries are SC/ST/OBCs and Minorities.
●    Shri Naqvi said that today each and every country of the world has recognising India as an emerging economic power.
●    Today, India has become one of the safest and strongest destination for investment.
●    Shri Naqvi said that during the last three years, the NDA Government has moved forward towards strengthening the Indian economy.
●    Growth rate has been above 7 percent during the last three years.
●    Shri Naqvi said that “Demonetisation” has started giving results.
●    Direct Benefit Transfer has ensured transparency, as money has been given directly into the bank accounts of needy.

National Highways Authority of India (NHAI) has so far planted about 10 lakh plants along national highways in this monsoon season.
●    This includes about 4 lakh avenue plants and about 6 lakh plants on the highway medians.
●    The plantation drive is part of NHAI’s activity towards ensuring and upholding the cause of Swachh Bharat Mission in providing clean, green and pollution free National Highways.
●    The drive is taken up as a regular activity during monsoons and continues even afterwards with watering and maintenance of the plants.
●    Plantation work has been mainstreamed as an integral part of highway development projects, thereby ensuring that our highways remain clean, green and pollution free.

Apple and Reliance Industries, the most valuable companies in the US and India, are entering into a “deep” local partnership that will harness the conglomerate’s telecom and retailing networks to help the iconic American phone maker "discover Bharat" and take the brand to 900 cities and towns.
●    The exercise also seeks to establish Reliance as the largest seller of iPhones in the country.
●    As part of the arrangement that may eventually help iPhones reach more than 2,000 points of sale through Reliance Digital and Reliance Jio, Reliance is now undertaking the distribution itself.
●    Earlier, distributors would reach out to Reliance Digital stores. “Apple wants to expand rapidly in the smaller cities and towns to sell iPhones where Reliance has a ready infrastructure through its retail and telecom businesses.
●    Apple’s retail presence will immediately double to over 4,000 outlets through this.
●    Reliance, too, wants to sell phones from Rs 999 to $999.

Mukesh Ambani is richest Indian for the 10th consecutive year

Mukesh Ambani for the tenth consecutive year.
●    The elder Ambani brother, Chairman of Reliance Industries Limited, has seen a very successful year.
●    One factor contributing to his recent earnings is the massive success of Reliance Jio since its launch in 2016.
●    Mukesh Ambani tops the list with a staggering Rs 2.47 lakh crore or $38 billion in net worth, a  nd is also one of the top five richest people in Asia.
●    However, his younger brother, Anil Ambani , is way down the list on the 45th spot with $3.15 billion.
●    The magazine mentioned that Mukesh Ambani saw his wealth increase by 67 per cent from last year.
●    In fact there was an increase of 26 per cent in the aggregate wealth of the top 100 richest people.
●    Forbes also mentions that all of the rank holders in the list are billionaires this year.
●    The minimum worth to make to the list last year was $1.25 billion, which shot up by 17 per cent this year.

Global payments technology major Mastercard and the Andhra Pradesh government today signed a pact to create a "digital ecosystem" in the state.
●    It focuses on implementing a 4-pronged agenda for the state.
●    Signed by Andhra Pradesh Chief Minister Chandrababu Naidu and Mastercard President & CEO Ajay Banga, the pact will see implementation of innovative payment technologies that will help the state move towards a cashless society as also to elevate its foothold as a smart city.
●    Mastercard, through a mobile app, will help create a marketplace solution for farmers to buy and sell crops in a safer and simpler way besides being able to get access to credit and transparent pricing.
●    "The first one is to really work hard in enabling farmers to find access to the new ways to be able to get their produce to markets and connect to buyers and get paid for it in the form that does not allow middleman to get between them and take away what is theirs," Banga told reporters at the MoU signing.

Government of India and European Investment Bank (EIB) today signed the Finance Contract for lending of € 300 million for Bangalore Metro Rail Project Phase II Line R6.
●    The agreement was signed by Shri S. Selvakumar, Joint Secretary (BC), Department of Economic Affairs (DEA), Ministry of Finance on behalf of the Government of India and Mr. Andrew McDowell, Vice President, EIB, on behalf of the EIB.
●    Bangalore Metro Rail Project Phase II is to be jointly financed by the European Investment Bank (€500 million) and Asian Infrastructure Investment Bank (€300 million).
●    The first tranche of Euro 300mn was signed today.
●    The project envisages extension of East-West & North-South lines for Bangalore Metro Rail which includes a total length of 72.095 km (13.79 km underground) and 61 stations with 12 underground stations.
●    The project implementation period is 5 years from date of commencement of the Project.
●    The objective of the project is to bring in a quantum improvement in the transportation sector in the city in tandem with the Bangalore Metropolitan Transport Corporation (BMTC) and other modes of urban transport.
●    The project aims to ensure modern transport facility for the commuters.