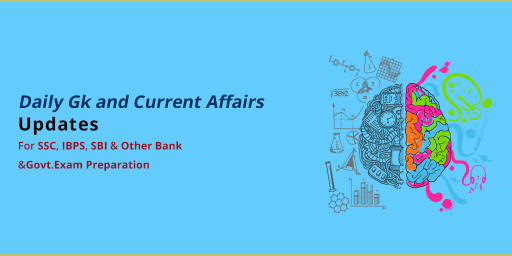 In the first-ever study to date Jupiter's age, researchers have discovered that the gas giant is 4.5 billion years old.
●    By looking at the composition of iron meteorites, they found Jupiter's solid core was created around one million years after the solar system formed 4.6 billion years ago.
●    The researchers hope the findings will provide key insights into how the solar system evolved in its current formation.
●    While previous models predicted that Jupiter formed relatively early, the study, by an international team of researchers, led by the Lawrence Livermore National Laboratory in California, is the first to date its formation.
●    Dr Thomas Kruijer, who led the study, said: 'We do not have any samples from Jupiter (in contrast to other bodies like the Earth, Mars, the moon and asteroids).

The Union Ministry of Health and Family Welfare on 14 June 2017 launched the Intensified Diarrhoea Control Fortnight (IDCF) to intensify efforts to reduce child deaths due to diarrhoea.
●    Through this initiative, the Health Ministry aims to mobilize health personnel, State Governments and other stakeholders to prioritize investment in control of diarrhoea.
●    It aims to create mass awareness about the most effective and low-cost diarrhoea treatment that is a combination of Oral Rehydration Salt (ORS) solution and Zinc tablets.
●    During the campaign timeline, intensified community awareness campaigns on hygiene and promotion of ORS and Zinc therapy will be conducted at state, district and village levels.

Indian nominee Neeru Chadha was on 15 June 2017 became the first Indian Woman to be elected as the Member of International Tribunal for the Law of the Sea (ITLOS).
●    Chadha, international law expert, got 120 votes with the highest in the Asia Pacific group. She will have a nine-year term as the Judge at ITLOS from 2017 to 2026.
●    Currently, eminent jurist from India P Chandrasekhara Rao is a judge at the tribunal. He was elected as the member of the tribunal in 1996 and his term will expire in September 2017.
●    Neeru Chadha is an eminent lawyer and the first Indian woman to become the Chief Legal Adviser in the Union Ministry of External Affairs and has advised the government on diverse issues relating to the law of the sea involving interpretation of various provisions of the UNCLOS.

Infrastructure conglomerate Adani Group in the second week of June 2017 announced commissioning of a 50 megawatts (MW) solar photovoltaic (PV) plant in Mahoba, Uttar Pradesh.
●    The plant has been set up with an investment of Rs. 315 crore, under the National Solar Mission Scheme.
●    In a first, the plant will use String Inverter Technology with crystalline silicon modules allowing miniature level control of solar power generation.
●    As per the agreement signed with NTPC, power generated by the plant will be transmitted through 21.5 kilometre long 132 kilovolts transmission line connecting with UP Power Transmission Corporation (UPTCL) Mahoba Substation.
●    The project is expected to create direct and indirect employment for around 250 personnel.

●    Congress MLA Ajaib Singh Bhatti was unanimously elected as the Deputy Speaker of Punjab Legislative Assembly on 16 June 2017.
●    His name was proposed by the leader of the House Captain Amarinder Singh and seconded by Health Minister Brahm Mahindra, who escorted Bhatti to his new seat.
●    Bhatti’s appointment was made amid ruckus by Shiromani Akali Dal (SAD) MLAs, who continued to raise slogans demanding debt waiver relief for farmers as the CM read out Bhatti’s political history.
●    AAP MLA's on the other hand, staged a walk out after they were not heard ahead of Question Hour.
●    They, however, re-entered the House later.

Former Chief Justice of India PN Bhagwati, considered a pioneer of judicial activism in the country for introducing the concept of Public Interest Litigations (PILs), died in New Delhi today after brief illness, family sources said.
●    Justice Bhagwati, 95, is survived by his wife Prabhavati Bhagwati and three daughters.
●    The funeral will be held on June 17, they said.
●    The 17th Chief Justice of India, Justice Bhagwati remained on the highest judicial post between July 1985 and December 1986.
●    He also served as Chief Justice of the Gujarat High Court and was appointed a judge of the Supreme Court in July 1973.
●    As a Supreme Court judge, Justice Bhagwati introduced the concepts of public interest litigation (PIL) and absolute liability to the Indian judicial system.

Israeli author David Grossman has won the Man Booker International Prize for his novel A Horse Walks Into a Bar.
●    The award was announced Wednesday in London.
●    Grossman beat out five other finalists, including fellow Israeli author Amos Oz for the counterpart to Britain's prestigious Booker Prize.
●    Grossman's novel is about a failing standup comic and his final performance.
●    The award has a prize of 50,000 pounds ($64,000) that is split evenly between Grossman and translator Jessica Cohen.
●    The prize was previously a career honor, but changed last year to recognize a single book in a bid to increase the profile of international fiction in English-speaking countries.
●    Last year the prize was awarded to The Vegetarian by South Korea's Han Kang.

The Union Cabinet chaired by the Prime Minister Shri Narendra Modi was apprised about an Memorandum of Understanding which has already been signed between India and Bangladesh for promoting cooperation in the field of Information Technology and Electronics (IT&E).
●    The MoU was signed in April, 2017 between Ministry of Electronics and Information Technology, Government of India and Information and Communication Technology Division of Bangladesh.
●    It will remain in force for a period of five years. Thereafter, the MoU will be extended at any time within the period it remains in force by mutual written consent of the Parties.
●    It can be terminated by either Party after giving six months’ prior notice in writing to the other Party.
●    The MoU in the field of IT&E is technical in nature and focused primarily on e-Governance, m-Governance, e-Public Services Delivery, Cyber Security, Capacity Building etc.
●    The MoU aims to explore business opportunities, IT&E market in Bangladesh by Indian IT companies and attract investment in Indian electronics and IT sectors in India which would indirectly generate employment opportunities.