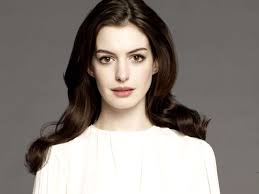 The United Nations Entity for Gender Equality and the Empowerment of Women on 15 June 2016 appointed Anne Hathaway as global Goodwill Ambassador.
The Academy Award-winning actor will advocate for the adoption and implementation of policies worldwide to bring change at both government and corporate levels.
Hathaway has previously served as an advocate for Nike Foundation. She travelled to Kenya and Ethiopia to raise awareness on child marriage.
•    Anne Hathaway is an American actress and singer.
•    She made her professional screen debut in the Fox television series Get Real.
•    She appeared in the lead role of Mia Thermopolis in the Disney comedy film The Princess Diaries.
•    In 2005, she starred alongside Heath Ledger and Jake Gyllenhaal in Ang Lee's drama Brokeback Mountain.
•    In 2006, she was seen as an assistant to a powerful fashion magazine editor in the movie The Devil Wears Prada.
•    In 2006, she appeared on People magazine's list of the world's 50 Most Beautiful People.
•    In 2012, she received the Academy Award for Best Supporting Actress for the film Les Misérables.
•    The United Nations Entity for Gender Equality and the Empowerment of Women is a United Nations entity working for the empowerment of women.
•    UN Women became operational in January 2011.
•    Former president of Chile Michelle Bachelet was the inaugural Executive Director of the entity.