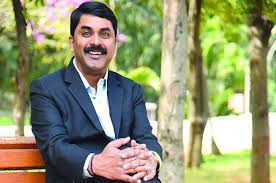 Senior DRDO scientist Dr. G. Satheesh Reddy was awarded the first IEI-IEEE Award for Engineering Excellence-2015.
•    He was bestowed with this award in recognition of his significant national contributions towards missiles and
aerospace technologies.
•    Reddy is a renowned aerospace and navigation scientist. Presently, he is serving as the Scientific Adviser to the
Defence Minister and DRDO’s DG.
•    He has pioneered many technological developments for Indian Missiles. He had led indigenous development of denied
sensor and avionics technologies related to Indian missile navigation.
•    He also has made significant contributions towards successful flight testing of the country’s maiden
intercontinental ballistic missile (ICBM) Agni-V mission.
•    He is also credited with development of the Medium Range Surface-to-Air Weapon System (MRSAM) and the country’s
first guided bomb, among others.
•    In 2015, he became first Indian to get the fellowship from Royal Institute of Navigation.