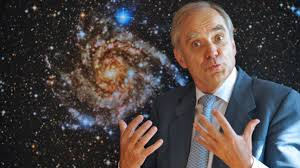 André Brahic was an expert on the solar system, in 1984. He launched a programme which led to the discovery, with US astronomer William Hubbard, of the rings around the gaseous planet Neptune.
•    Born into a modest family in Nazi-occupied Paris in 1942, Brahic was initiated into astrophysics after the war by Evry Schatzman, considered the father of the discipline in France.
•    In the 1980s, Brahic became a specialist in exploring our solar system with the help of the NASA Voyager and later US-Europe Cassini unmanned missions, which continue to this day.
•    He was an astrophysicist at the Commission for Atomic Energy and Alternative Energies (CEA) and a professor at the University of Paris.
•    It was his interest in Saturn and its rings which led him to launch his Neptune research.
•    Neptune’s outermost ring is divided into three arcs to which Brahic gave the names Liberte, Fraternite and Egalite.
•    In 1990 an asteroid, number 3488, was named Brahic in his honour.