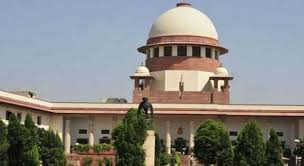 •    A Vacation Bench led by Justice P.C. Pant said there was too much dichotomy and contradiction among States regarding compensation schemes for rape survivors.
•    The Bench issued notice to the Centre, States and UTs on the question of effective implementation of Section 357 A of the Cr.PC.
•    This provision mandates States to co-ordinate with the Centre to prepare a scheme for providing funds to compensate and rehabilitate victims or dependents.
•    “Setting up of Nirbhaya Fund is not enough… The Union of India must ensure that adequate relief is being provided to the victims of sexual offences,” the Bench observed orally.