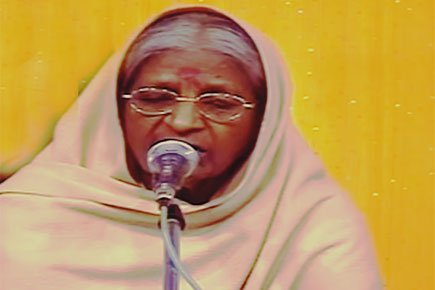 Folk singer and Padma award winner Diwaliben Punjabhai Bhil passed away on 19th May in her hometown Junagadh.
•    Her final rites were performed in Junagadh in presence of local political leaders, folk artists among others.
•    A primary school dropout, Diwaliben was a self-taught folk artist who rose from humble background to gain acclaim both in India and around the world.
•    Diwaliben, began her singing career from a local Garbi, has become the voice of hundreds of Gujarati folk songs and garbas,
•    Born in a tribal family, she worked at a primary school as part of the government's literacy programme, before her talent was recognized.
•    Besides Gujarati folk songs, Diwaliben has also sung many garba and bhajans, and even given voice to numerous Gujarati film songs.
•    Diwaliben Bhil got major recognition with her song "Aiwa Aiwa" on the album 'Mann ke Manjeere' released in April 2001