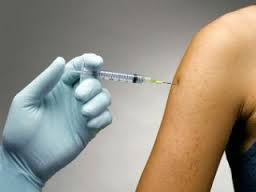 A Canadian university in July 2016 said that it will conduct the world's first Zika vaccine test on humans. The vaccine that is under development will be tested on humans in the near future. Until now, vaccines have been tested on mice.

Kobinger, a doctor of microbiology and professor of medicine at the university, is overseeing the study.
•    The disease is caused by a virus transmitted primarily by Aedes mosquitoes.
•    People with Zika virus disease can have symptoms including mild fever, skin rash, conjunctivitis, muscle and joint pain, malaise or headache. These symptoms normally last for 2-7 days.
•    There is scientific consensus that Zika virus is a cause of microcephaly and Guillain-Barré syndrome. Links to other neurological complications are also being investigated.
•    The virus is capable of causing serious birth defects and has traveled quickly through Latin America.
•    There is no existing treatment or vaccine for it.