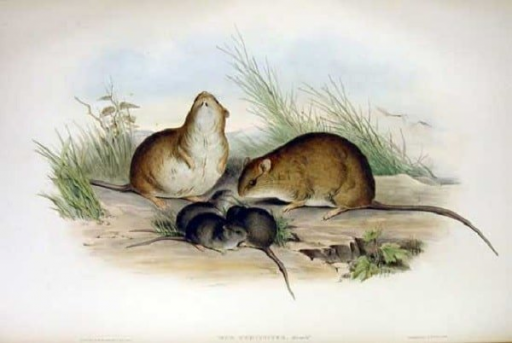 Scientists in June 2016 declared Bramble Cay melomys found only on a tiny island on the Great Barrier Reef as extinct.
It is the first recorded extinction of a mammal anywhere in the world thought to be primarily due to human-induced climate change.
The news was revealed in the report of a survey led by Ian Gynther from Queensland’s Department of Environment and Heritage Protection in partnership with the University of Queensland.
•    The root cause of the extinction was reported to be high tides and surging seawater, which has travelled inland across the island.
•    As a result of rising seas, the island was inundated on multiple occasions killing the animals. The rising seas also destroyed their habitat.
•    The Bramble Cay melomys are also known as Australian Great Barrier Reef rodent or Bramble Cay mosaic-tailed rat.
•    It was a species of rodent in the family Muridae.
•    It was similar to the Cape York melomys except that it had some protein differences and a coarser tail caused by elevated scales.
•    It was prominent in herdfields and strandline vegetation where it built burrows.
•    It was Australia's most isolated mammal.
•    The Bramble Cay melomys was first discovered by Europeans in April 1845.
•    The species was then apparently in high densities.
•    It was not until the first part of the following century that the species was formally described as Melomys rubicola based on a specimen collected by MacGillivray.