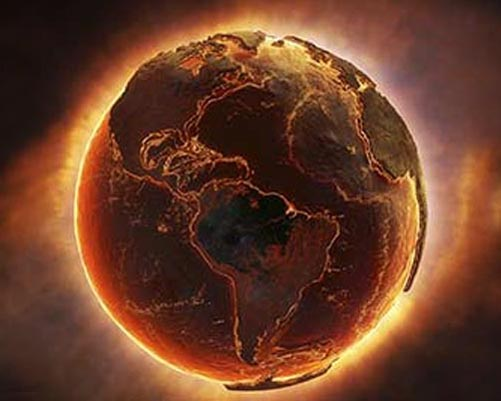 August 2016 was the hottest month measured since contemporary records began in 1880, according to a NASA analysis.
•    It was not only the hottest August ever, but also it ties July 2016 as the hottest month ever—an extraordinary occurrence.
•    In 2015, the hottest October ever took place, and it was followed by the hottest November ever, and then by the hottest December ever—and this sequence continued right up to the present.
•    The National Oceanic and Atmospheric Administration (NOAA) keeps separate records, and its streak of record-breaking months stretches even further back in time: Every month since May 2015 has been the hottest version of that month ever, according to the agency.
•    Second, August’s record essentially ensures that 2016 will be the warmest year on record.
•    2016 could wind up being as much as 1 degree Celsius hotter than the pre-industrial temperature average.
•    This is a stark accomplishment when you consider that the nations of the world committed last year to limit global warming to 1.5 degrees Celsius above the pre-industrial average.
•    We are two-thirds of the way there already.