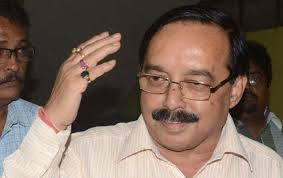 Assam Pradesh Congress Committee (PCC) President Anjan Dutta passed away on 16 June 2016 following cardiac arrest at the AIIMS hospital, New Delhi. He was 64.
Dutta donned many hats in his eventful political career.
•    Born in 1952, Dutta started his political career at an early age.
•    He was handpicked by former Prime Minister Rajiv Gandhi to lead the state Youth Congress in 1988 and then his son Rahul Gandhi to lead Assam PCC in December 2014.
•    The three-time legislator from Amguri in Sivasagar district, Dutta had literally worked overtime during the tenure of Chief Minister Tarun Gogoi.
•    Dutta was a leading light of the state unit and the Opposition when the Congress lost elections in 1985 and 1996.
•    He was also the chairperson of the Northeast Youth Congress Coordination Committee.
•    He was credited with reviving the declining Assam State Transport Corporation when he was Minister in the first Tarun Gogoi cabinet (2001-2006).
•    He was also a Minister in the Hiteswar Saikia-led Congress government in 1991.
•    He also had an interest in writing, which led him to start a monthly magazine Anubhuti and a daily newspaper Ajir Dainik Batori.