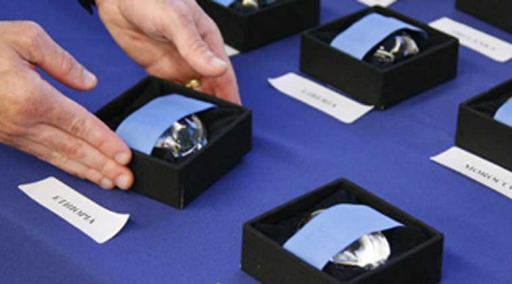 The United Nations in the third week of May 2016 announced that four Indian peacekeepers and a civilian will be honoured along with other 124 personnel with a prestigious U.N. medal.
Head Constable Shubhkaran Yadav,Rifleman Manish Malik, Havildar Amal Deka, Naik Rakesh Kumar and Gagan Punjabi will be honoured with the Dag Hammarskjold Medal awarded posthumously.
The 124 personnel will be honoured on the International Day of United Nations Peacekeepers. The day, observed annually on 29 May, will be commemorated this year on 19 May.
•    Head Constable Shubhkaran Yadav served in the U.N. Organization Stabilization Mission in the Democratic Republic of the Congo (MONUSCO).
•    He made the supreme sacrifice in April 2015.
•    Rifleman Manish Malik also served in the U.N. Organization Stabilization Mission in the Democratic Republic of the Congo.
•    He died in August 2015 during the mission.
•    Havildar Amal Deka served in the United Nations Disengagement Observer Force (UNDOF).
•    He died in June 2015.
•    Naik Rakesh Kumar served in the U.N. Mission in South Sudan (UNMISS).
•    He died in January 2015.
•    Gagan Punjabi was serving in MONUSCO in a civilian capacity under the U.N. Volunteers programme and died in an incident in January 2015.
The Dag Hammarskjöld Medal is a posthumous award given by the United Nations to military personnel, police or civilians who lose their lives while serving in a UN peacekeeping operation.The first medals were awarded in October 1998.