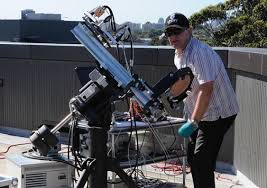 Engineers from the University of New South Wales (UNSW) have set a new world record for solar efficiency, converting sunlight to electricity at a rate of about two-thirds the theoretical limit.
•    The new world record for unfocused sunlight saw the engineers achieve a conversion rate of 34.5 per cent.
•    This marks nearly a 50 per cent leap on the previous record of 24 per cent efficiency, set by Alta Devices of the United States,
•    For the new record, the UNSW researchers used a 28-cm2 four-junction mini-module embedded in a prism
•    he result was obtained by the same UNSW team that set a world record in 2014, achieving an electricity conversion rate of over 40% by using mirrors to concentrate the light – a technique known as CPV (concentrator photovoltaics) – and then similarly splitting out various wavelengths. The new result, however, was achieved using normal sunlight with no concentrators. 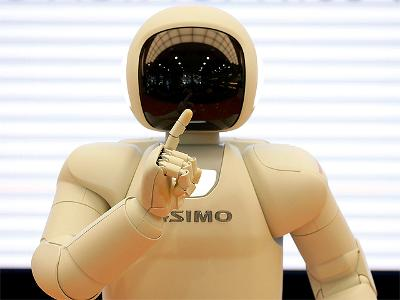 The world's first artificial intelligence lawyer has been employed by a law firm in the U.S., which will use the robot to assist its various teams in legal research.
•    The robot called 'ROSS' is built upon Watson, IBM's cognitive computer.
•    With the support of Watson's cognitive computing and natural language processing capabilities, lawyers can ask ROSS their research question and the robot reads through the law, gathers evidence, draws inferences and returns highly relevant, evidence-based answers.
•    ROSS also monitors the law around the clock to notify users of new court decisions that can affect a case.
•    ROSS Intelligence, the company that built ROSS, began out of research at the University of Toronto in 2014
•    Robot culture seems to be very vast and clear. This is this reason why team is looking forward to it 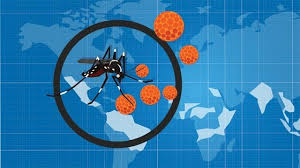 Scientists have genetically engineered a clone of the Zika virus strain, an advance that may aid the development of vaccine and therapies against the infection which has been linked to serious birth defects.
•    Cloning the virus unlocks scientists’ ability to more quickly develop countermeasures and explore whether or how the Zika virus has evolved to spread more quickly and cause more severe diseases in people.
•    For 60 years, the Zika virus remained obscure, with few identified cases in people and mild disease symptoms.
•    However, since 2007, the virus has sparked frequent epidemics associated with serious diseases such as microcephaly and Guillain-Barre syndrome. The researchers from The University of Texas Medical Branch (UTMB) first constructed the Zika virus clone.
•    Five fragments spanning the complete viral genome were individually cloned and assembled into the full-length clone of the Zika virus.
•    The infectious complementary DNA (cDNA) clone allows researchers to make Zika virus from test tube and cells on petri dishes.
•    The researchers then used the UTMB-developed Zika mouse model to demonstrate that the cloned virus infected the mice and gave them neurological disease.
•    Furthermore, the team engineered a luciferase reporter Zika virus. Luciferase is the chemical in fireflies that gives them their signature glow.
•    The “glowing” reporter virus could be used for antiviral drug screening and to track Zika virus infection in mosquitoes and small animal models.
•    There are a number of possible factors that may account for the current Zika virus epidemic that can now be tested with the UTMB clone.
•    For instance, the Zika virus may have evolved in a way that enhances mosquito transmission, leading to it spreading much more quickly.
•    This idea could be tested by comparing how infectious the original Zika strains are to mosquitoes with current strains, followed by manipulating the clone to test the effects of recent mutations on mosquito transmission.
•    The study was published in the journal Cell Host and Microbe. 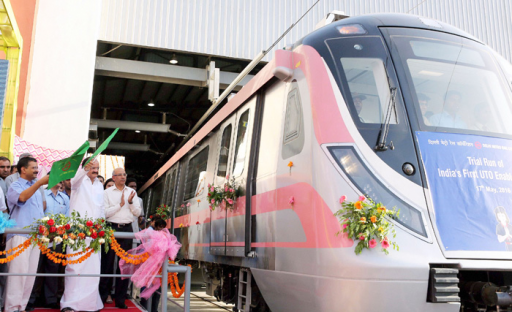 Union Urban Development Minister M. Venkaiah Naidu and Delhi Chief Minister Arvind Kejriwal on Tuesday flagged off the trial run of a driverless Metro train here.
•    The trial run started at the Mukundpur depot of Delhi Metro and ended at Majalis Park station on the Majlis Park-Shiv Vihar corridor of phase 3.
•    The new train will undergo rigorous trials to ensure these are ready for smooth operations after the commissioning of the new corridors.
•    Initially, train operators will run them for around a year before completely switching to unmanned train operations,
•    Later, Naidu and Kejriwal stressed the need to improve public transport system to reduce air pollution in Delhi.
•    Naidu said the Delhi government's odd-even traffic scheme was a temporary measure to reduce air pollution.
•    The driverless train is manufactured at Changwon in South Korea. It arrived in India at the Mundra port in Gujarat and was brought by road to Delhi on specially-made trailers. 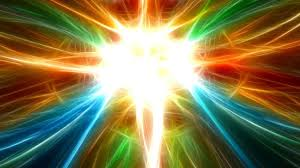 Researchers in Ireland have discovered a new form of light. Their discovery is expected to reshape scientists' understanding of light's basic nature.
•    Angular momentum describes the rotation of a light beam around its axis. Until now, researchers believed the angular momentum was always a multiple of Planck's constant -- a constant ratio that describes the relationship between photon energy and frequency, and also sets the scale for quantum mechanics.
•    The newly discovered form of light, however, features photons with an angular momentum of just half the value of Planck's constant. The difference sounds small, but researchers say the significance of the discovery is great.
•    "For a beam of light, although traveling in a straight line it can also be rotating around its own axis," John Donegan, a professor at Trinity College Dublin's School of Physics, explained in a news release. "So when light from the mirror hits your eye in the morning, every photon twists your eye a little, one way or another."
•    "Our discovery will have real impacts for the study of light waves in areas such as secure optical communications," Donegan added.
•    Researchers made their discovery after passing light through special crystals to create a light beam with a hollow, screw-like structure. Using quantum mechanics, the physicists theorized that the beam's twisting photons were being slowed to a half-integer of Planck's constant.
•    The team of researchers then designed a device to measure the beam's angular momentum as it passed through the crystal. As they had predicted, they registered a shift in the flow of photons caused by quantum effects.
•    The researchers described their discovery in a paper published this week in the journal Science Advances. 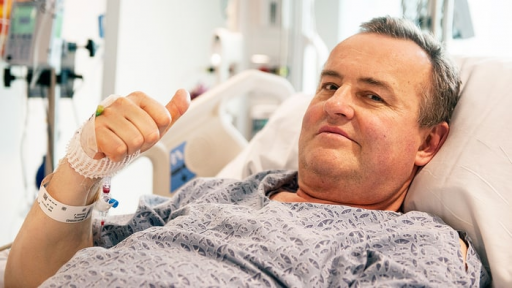 Surgeons in Boston have performed the first penile transplant in the United States, a procedure that soon could help severely wounded troops, surgeons at Massachusetts General Hospital .
•    Thomas Manning, 64, whose penis was removed in 2012 due to penile cancer, is recovering well and showing no signs of rejecting the transplant.
•    Manning, a bank courier in Halifax, Mass., underwent the operation on May 8 and 9.
•    The surgeons who led the 15-hour procedure, Curtis Cetrulo and Dickens Ko, said they were "cautiously optimistic" Manning will regain full urinary and sexual function.
•    Manning has been cancer free for about four years, the physicians said.The surgeons stressed the psychological aspects of such transplants.
•    Team plans to further develop transplant protocols on civilians, noting that Defense officials are hesitant about supporting experimental surgeries for service members.
•    A team of South Africa surgeons performed the world's first successful penis transplant in a nine-hour operation in December 2014.

Last month was the hottest April on record globally – and the seventh month in a row to have broken global temperature records.
•    The latest figures smashed the previous record for April by the largest margin ever recorded.
•    It makes three months in a row that the monthly record has been broken by the largest margin ever, and seven months in a row that are at least 1C above the 1951-80 mean for that month.
•    Figures released by Nasa over the weekend show the global temperature of land and sea was 1.11degree celcius warmer in April than the average temperature for April during the period 1951-1980.
•    The new record broke the previous one by 0.24C, which was set in 2010, at 0.87C above the baseline average for April. That record itself broke one set three years earlier at 0.75C above the baseline average for April.
•    The current blast of hot air around the globe is being spurred by a massive El Niño, which is a release of warm water across the Pacific Ocean. But it’s not the biggest El Niño on record and that spike in temperatures is occurring over a background of rapid global warming, pushing temperatures to all-time highs.
•    The record temperatures were wreaking havoc with ecosystems around the world. They’ve triggered the third recorded global coral bleaching, and in Australia 93% of the reefs have been affected by bleaching along the 2,300km Great Barrier Reef. In the northern parts of the reef, it’s expected the majority of coral is dead, and on some reefs over 90% of the coral is dying. 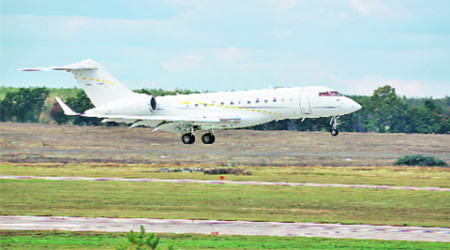 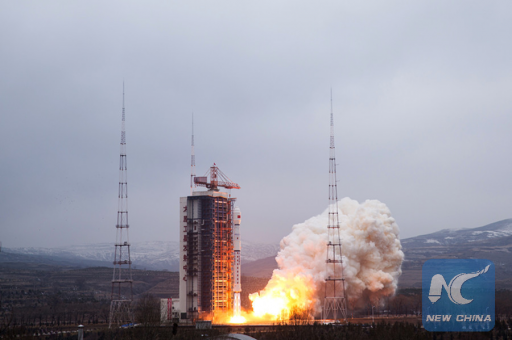 China has successfully launched a remote sensing satellite which will focus on experiments on survey of land, crop yields and disaster relief.
•    The satellite named Yaogan—29 was carried by a Long March—4C rocket after it was launched on Thursday from Taiyuan in the country’s northern Shanxi province.
•    This is the 219th mission for the Long March rocket family. China launched the first “Yaogan” series satellite, Yaogan—1, in 2006.
•    The satellite will be used for experiments, land surveys, crop yield estimates and disaster relief, state—run Xinhua news agency reported.
•    Western analysts believe the series of satellites are of a military nature, using electronic intelligence, electro—optical and synthetic aperture radar sensing equipment.
•    This launch comes weeks after China had successfully launched Yaogan—28. 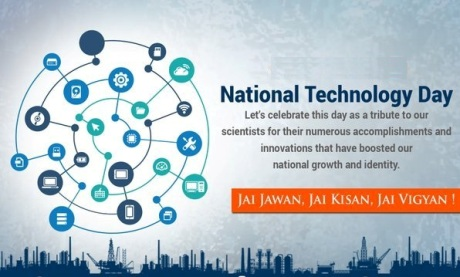 On 11 May 2016 National Technology Day was celebrated across India.
•    The function was headed by the President Pranab Mukherjee in Vigyan Bhawan in New Delhi.
•    The theme for celebrations of the Technology Day 2016 is Technology enablers of Startup India.
•    The day commemorates the anniversary of first of the five tests of Operation Shakti (Pokhran-II) nuclear test which was held on 11 May 1998 in Pokhran, Rajasthan.
•    National Technology Day is a very special day for Indian Technology since 1999.
•    It is so significant because India achieved a huge technological advancement on the day. The first, indigenous aircraft “Hansa-3” was test flown at Bangalore on this day.
•    India also performed successful test firing of the Trishul missile on the same day. India also executed three successful nuclear tests, carried out at Pokhran, in Rajasthan May 11.