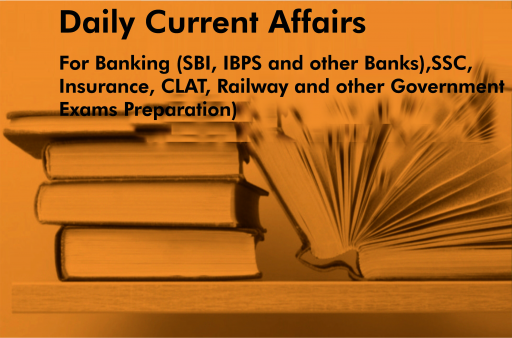 • Union Government is planning to launch an e-commerce portal named “Bharatcraft” for MSME’s. The portal is based on other e-commerce portals like ‘Alibaba’ and ‘Amazon’. The portal will provide a platform for MSMEs to market and sell their products and in turn boost the sector. The MSME Union Minister, the Bharat Craft portal has a huge potential to generate revenue worth â‚¹10 lakh crore in the next 2-3 years.

Members of the Council

The members of the Council to the 24th meeting the issues having Centre-State and inter-State ramifications will be resolved with consensus.Home Minister stated West Zone instrumental in giving impetus to the Indian economy as the States of the Zone are contributing around 24% to the GDP and 45% to the total exports of the country.  The pending issues between the States and the Centre need to be resolved on priority through the medium of Western Zonal Council.  The States in Zone have been a big exporter of sugar, cotton, groundnut and fish and contributing immensely to the economic development of the country.

The issues listed in the agenda add and discuss issues relating to law & order and administrative reforms to the development of the country.

He mentioned that the Government of India has taken an initiative to assess the damage on its own, for which Central teams have already been constituted to visit the flood affected areas without waiting for the reports from the States.The Council reviewed the progress of implementation of the recommendations made at the last meeting.

Council among others focused on the following issues:

The enhancement of DBT Portal to include scheme/village-wise details by collecting real time information from respective portals of beneficiary-oriented schemes to give village level DBT fund transfer & benefits.

The detailed monitoring mechanism to ensure that investigation and trial of sexual offences/rape against girls below 12 years of age are completed within two months (POCSO Act and Criminal Law (Amendment) Act, 2018] each. Home Minister called upon the States to give their suggestions for improvements in Indian Penal Code and Criminal Procedure Code.

He urged the Chief Ministers to ensure regular monitoring at the Chief Secretary’s level of investigation and prosecution of cases in the courts in case of heinous offences such as Narcotics, POCSO Act, murders.

The States should fill the post of Director Prosecution without any further delay.

He stressed on the need for setting up Forensic Science Laboratories in the States. There should also be regular monitoring of all decisions in various areas narrated above through Video Conference by the Home Secretary and Special Secretary, Inter-State Council Secretariat.

Accordingly, the Ministry of New and Renewable Energy clarified to all the stakeholders that energy produced using various forms of ocean energy such as tidal, wave, ocean thermal energy conversion, etc. shall be considered as Renewable Energy eligible for meeting the non-solar Renewable Purchase Obligations (RPO).

The oceans cover 70 percent of the earth’s surface and represent an enormous amount of energy in the form of wave, tidal, marine current and thermal gradient. A variety of different technologies are currently under development throughout the world. Deployment is currently limited has the potential to grow, economic growth, reduction of carbon footprint and creating jobs not only along the coasts but also inland along its supply chains.

The Government of India's effort to reach the objectives to contemplate its Renewable Energy and climate change objectives post-2022 to explore all possible avenues to stimulate innovation, create economic growth and new jobs as well as to reduce our carbon footprint. India has a long coastline with the estuaries and gulfs. MNRE looks over the horizon at the development of new technology and considers the various options available to support its deployment. MNRE to support demonstration projects of proven technologies and as approved by an expert committee constituted by MNRE.

The Total identified potential of Tidal Energy is about 12455 MW. It has potential locations identified at Khambhat & Kutch regions, and large backwaters, where barrage technology could be used.

The total theoretical potential of wave energy in India along the country’s coast is estimated to be about 40,000 MW. This energy is however less intensive than what is available in more northern and southern latitudes.

OTEC has a theoretical potential of 180,000 MW in India subject to suitable technological evolution.

The tidal cycle occurs every 12 hours due to the gravitational force of the moon. The difference in water height from low tide and high tide is potential energy. The capital cost for tidal energy power plants is very high to civil construction and high power purchase tariff.

The sufficient power from the tidal energy potential, the height of high tide must be at least five meters (16 feet) greater than low tide.

The Gulf of Cambay and the Gulf of Kutch in Gujarat on the west coast have the locations in the country where the potential exists.

Wave energy is generated by the movement of a device either floating on the surface of the ocean or moored to the ocean floor. Many different techniques for converting wave energy to electric power have been studied. Wave conversion devices that float on the surface have joints hinged together that bend with the waves. This kinetic energy pumps fluid through turbines and creates electricity. Stationary wave energy conversion devices use pressure fluctuations produced in long tubes from the waves swelling up and down. This water is allowed to runoff through narrow pipes that flow through a typical hydraulic turbine.

Marine current is ocean water moving in one direction. This ocean current is known as the Gulf Stream. The tidal currents with submerged turbines that are very similar in appearance to miniature wind turbines. The movement of the marine current moves the rotor blades to generate electric power.

Ocean thermal energy conversion uses ocean temperature differences from the surface to depths lower than 1,000 meters, to extract energy. The research focuses on two types of OTEC technologies to extract thermal energy and convert it to electric power: closed cycle and open cycle. The working fluid, such as ammonia, is pumped through a heat exchanger and vaporized. In the open cycle system, the warm surface water is pressurized in a vacuum chamber and converted to steam to run the turbine.

The objective of the technology program is to accelerate and enhance support for the resource assessment and deployment of ocean energy in the country and to harness it for power generation and to overcome the barriers. The technology program is open to public and private sectors to carry out projects in India. Industry lead R&D proposals are invited from stakeholders, for solving problems in Indian conditions. Basic R&D is being looked after by the Ministry of Earth Sciences (example: National Institute of Ocean Technology, Chennai).

The stakeholders desirous of utilizing Ocean Energy are invited by MNRE for demonstration projects of proven technologies under Research, Design, Development and Demonstration (RDD&D) program/policy of the Ministry.

• Former Prime Minister Manmohan Singh took oath as a Rajya Sabha member at the Parliament House on Friday. He was elected unopposed to the Upper House from Rajasthan on Monday after the BJP did not field any candidate. The bypoll was necessitated after the demise of sitting Rajya Sabha BJP MP Madan Lal Saini.