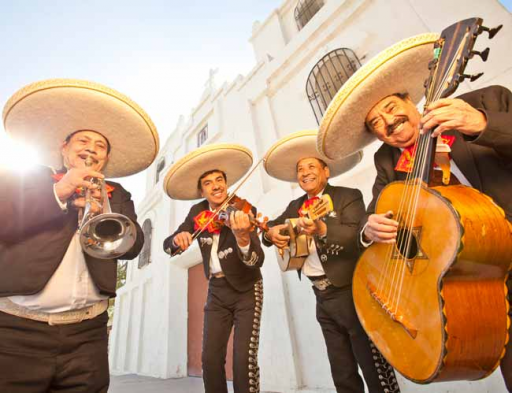 The largest 'Mariachi' festival will be hosted in the Mexican city of Guadalajara starting today.
•    The annual 10-day festival, which takes place over the city's streets, features around 500 musicians from Europe
and Asia.
•    This year, the festival is seeking to break the world record for individuals wearing hats.
•    Mariachi is a musical expression that dates back to at least 19th century Western Mexico.
•    It is a tradition that can be defined by eight socio-musical elements: mariachi instrumentation and texture,
musical genres and subgenres, performance methods and styles, singing styles and forms, dance styles, per formative space,
performance clothing, and the word "mariachi".
•    Each element has its own history, originated at varying moments in time and in different regions of the Western
Mexican countryside, and some, not all, had to have converged in order for the mariachi tradition to be what it has become.