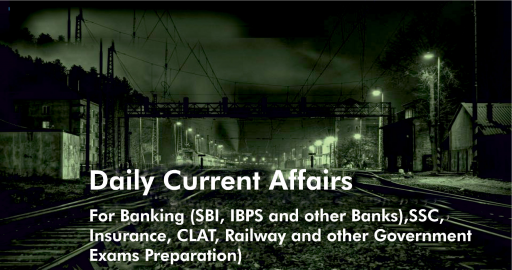 • The 47-year-old opposition leader picked up 53.55 percent of vote

• Kerala Chief Minister Pinarayi Vijayan has moved a resolution in the state Assembly on December 31, 2019, to scrap the controversial Citizenship Amendment Act (CAA).

• With this, it has become the first state in the country to do so.

• The Chief Minister is of the view that the implementation of the controversial act will lead to religion-based discrimnation in granting citizenship, which was against the secular values enshrined in the Constitution.

Khattar launches Atal Canteen in Karnal; labourers, farmers to get food for Rs 10

• The Haryana chief minister Manohar Lal Khattar has inaugurated the first Atal Kisan-Mazdoor canteens in Karnal where the farmers and labourers will get food for Rs 10.

• The canteen will provide Veg-thali comprising four chapatis, rice, dal and seasonal vegetable, all for Rs 10, with the capacity to serve 300 persons daily.

• It has been set up by the Haryana State Agriculture Marketing Board (HSAMB) in collaboration with the state rural livelihood mission.

• The actual cost of a thali-served in this canteen is Rs 25 and the HSAMB will provide for the remaining Rs 15.

• This is the first canteen in the state and 25 more such canteens would be set up by next year and four such facilities will be made operational in January.

• The Odisha government has launched ‘e-Certificate portal’, a unique project to provide official documents such as caste certificate, permanent residence certificates, income or similar other certificates online without the need to visit Tehsil offices or Common Service Centres.

• The initiative has been launched by the Revenue and Disaster Management department of the state as part of its 5T model of governance.

• The applicants will not be required to pay any fees as well for the service.

• Patnaik also launched a mobile App “Pauti”, to facilitate online payment of land revenue so that citizens need not visit government offices for the same. They can download the application and make payment.

• Union Finance Minister Nirmala Sitharaman has announced an infrastructure project pipeline worth over Rs 102 lakh crore to be implemented over the next five years, as a major step towards achieving the government’s ambition of turning India into a $5 trillion economy by 2024-25.

• According to the plan, of the total investments, 39 percent each will come from the Central and state governments while the remaining 22 percent from the private sector

ICC plans to scrap five-day Tests from 2023; set to be limited to four

• The Cricket’s apex body, the International Cricket Council has planned to reduce all Test matches, including the Ashes, from five days to four from 2023, to ease workload on players in the crowded calendar.

• England are backing the plans as it could provide a sustainable solution to the complex scheduling needs and player workloads.

• Harjeet Kaur Joshi has been appointed as the full-time Chairperson and Managing Director of privatisation-bound Shipping Corporation of India (SCI).

• She is the first female to head the Mumbai based Public Sector Enterprise and the 13th chairperson and managing director of country’s biggest ocean carrier by fleet size.

• She will serve the post till her superannuation on May 31, 2022 or until further orders.

• It must be noted that the government has decided to sell its 63.75 percent in SCI, to a private strategic buyer and the stake sale is in process.

• The Appointments Committee of Cabinet (ACC) has approved the reappointment of Shri Vinod Kumar Yadav as Chairman, Railway Board and Ex-Officio Principal Secretary to Government of India, for a period of one year effective from January 01, 2020.

It is celebrated as a day of peace and sharing. Its aim is to unite and spread message of peace by considering and promoting an idea that Earth is a one Global Family so as to make world a better place to live for everyone.

South African Native National Congress (SANNC) was founded in 8 January 1912 by John Langalibalele Dube in Bloemfontein. Behind this the primary motive was to give voting rights to black and mixed race Africans or to unite African people and spearhead the struggle for fundamental political, social and economic change.

NRI or Pravasi Bharatiya Divas observed every year on 9 January to mark the contribution of the overseas Indian community towards the development of India. This day also commemorates the return of Mahatma Gandhi from South Africa to Mumbai on 9 January, 1915.

He was the second Prime Minsiter of Independent India. He popularised the slogan 'Jai Jawan Jai Kisan' He actively participated in the India's freedom struggle. Due to cardiac arrest he died on 11 January, 1966.

The birth anniversary of Swami Vivekananda also called Swami Vivekananda Jayanti is celebrated every year on 12 January. He was born on 12 January, 1863. The government had decided to observe it as National Youth Day because the philosophy of Swamiji and the ideals for which he lived and worked could be a great source of inspiration for the Indian Youth. He had given speech at the Parliament of the World's religions in Chicago and glorified India's name.

Makara Sankranti or Maghi, is a festival day in the Hindu calendar, dedicated to the deity Surya. It is observed each year in January. It marks the first day of the sun's transit into Makara, marking the end of the month with the winter solstice and the start of longer days.

Netaji Subhash Chandra Bose was born on 23 January, 1897 in Cuttack, Orissa. He was one of the most prominent Indian freedom fighter. His army was known as Indian National Army (INA) or Azad Hind Fauj. He also led an Indian national force from abroad against the Western powers during World War II.

On 24 January every year National Girl Child Day is celebrated to highlight the inequalities faced by a majority of the girls in India, importance of education, nutrition, legal rights, medical care and safety of girl children etc.

Every year on 25 January National Voter's Day or Rashtriya Matdata Diwas is celebrated to encourage young voters to take part in the political process. In 2011 first time this day was celebrated to mark Election Commission's Foundation Day.

Every year on 25 January National Tourism Day is celebrated in India to raise the awareness and educate people about the importance of tourism and the role it plays in the Indian economy.

On 26 November, 1949 Indian Constituent Assembly adopted the Constitution the supreme law of the land and replaced the Government of India Act 1935. It came into effect on 26 January 1950 with a democratic government system. This day marks with the largest parade took place at Rajpath, Delhi every year.

International Customs Day (ICD) is celebrated every year on 26 January by Custom Organisation to recognise the role of custom officials and agencies in maintaining border security. It also focuses on the working conditions and challenges that custom officers face in their jobs.

Lala Lajpat Rai was born on 28 January, 1865 in Punjab. He was a prominent nationalist leader who played an important role in India’s struggle for freedom. He also earned the title of 'Punjab Kesari' or 'the Lion of the Punjab'. He initiated the foundation of Punjab National Bank. He died on 17 November, 1928, due to serious injuries. The University of Veterinary and Animal Sciences in Hisar, Haryana is named after Lala Lajpat Rai.

30 January is celebrated as Martyr's Day or Shaeed Diwas every year in the memory of Mahatma Gandhi and sacrifice of three revolutionaries of India. As, on 30 January, 1948, the 'Father of Nation' was assassinated. And on 23rd March 3 heroes namely Bhagat Singh, Shivaram Rajguru and Sukhdev Thapar of the nation were hanged to death by British.

World Leprosy Day is observed on 30 January every year to focus on the target of zero cases of leprosy-related disabilities in children. As, we know that disabilities do not occur overnight but happen after a prolonged period of undiagnosed disease.