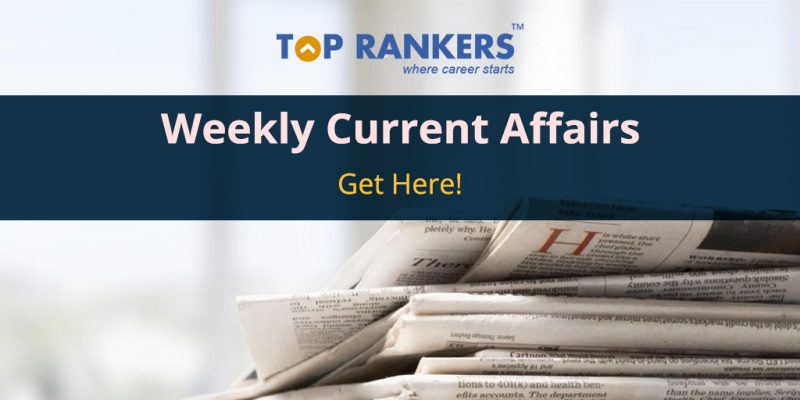 Every competitive exam you come across, you have to prepare for Current affairs. More importantly, Current affairs is a subject that cannot be prepared in a day. You have to be updated on a regular basis to perform well in this topic. Hence we have introduced a new section of Weekly Current Affairs and the probable questions that can be asked from this section. Read along for latest current affairs.

The Weekly Current affairs for the first week of September 2018 is here below. Have a look at the topics to learn more about them.

You can also check the Daily News & Practice quizzes.

Justice Ranjan Gogoi appointed as next Chief Justice of India.

India and US Sign the COMCASA Agreement on Sept 6, 2018

Check out Daily News Updates below:

You can also attempt Free Daily Quizzes for practice and test you GK knowledge:

These are the few updates on Current Affairs from the first week of September 2018. We will keep you aware of all the crucial events and activities happening every week. Subscribe to our notifications so that you don’t miss out the weekly current affairs.