THE ROLE OF RAJYA SABHA MEMBERS IN THE INDIAN DEMOCRACY

The Indian Parliament, which is bicameral in nature, comprises the Lok Sabha, i.e. the Lower House and the Rajya Sabha, i.e. the Upper House, which were established by the Constitution of India, whose basic structure propounds a federal principle of governance. The nomenclature of this house was changed from “Council of States” by the chair in the House on the 23rd August, 1954. The scheme of bicameralism, i.e., two Houses of Parliament was first incorporated in the Constitution of India Bill, 1895. The origin of this second Chamber can be traced from the Montague-Chelmsford Reforms of 1919 which provided for the creation of a ‘Council of States’ as a second chamber of the then legislature with a restricted franchise which actually came into existence in 1921. Later in 1927, the Swaraj Constitution proposed by the Committee headed by Motilal Nehru advocated a legislature with two Chambers for independent India.

The Constituent Assembly, which first met on 9 December 1946 under the Indian Independence Act acted as the Central Legislature till 1950, when it was converted to the Provisional Parliament. During this period, the Central Legislature which was known as Constituent Assembly and later Provisional Parliament was unicameral till the first elections were held in 1952.

Extensive debate had taken place in the Constituent Assembly regarding the need for a Second Chamber in independent India and ultimately, it was decided to have a bicameral legislature mainly because a federal system was considered to be the most feasible form of Government for such a vast country with immense diversities.  A single directly elected House was considered inadequate to meet the challenges before independent India.  A second chamber known as the ‘Council of States’, therefore, was created with altogether different composition and method of election from that of the directly elected House of the People. It was meant to be the federal chamber, i.e. a House elected by the elected members of the Legislative Assemblies of the States and two Union Territories in which States were not given equal representation.  Apart from the elected members, provision was also made for the nomination of twelve members to the House by the President. The minimum age of thirty years was fixed for membership as against twenty-five years for the Lower House, implying that this House would comprise more experienced members. The element of dignity and prestige was added to the Council of State House by making the Vice-President of India ex-officio Chairman of the Rajya Sabha who presides over its sittings.

The Rajya Sabha was thought to be a necessity for preserving the federal principle and to control the monopoly of the Lower House. It was created to prevent hasty legislation and serve as a dignified chamber representing the federal principle. As a federal chamber, it was to work for the unity and integrity of the nation and reinforce the faith of the people in parliamentary democracy. Although the Indian Parliament is based on the model of the British Parliament, the Rajya Sabha, as the name suggests, is more comparable to the American Senate than the British House of Lords. Thus, the reason why the members of the Rajya Sabha are elected by the Members of the State Legislatures so that they can adequately represent the interests of their respective States. As per the expectations of the drafters of the Constitution of India, the members of the Upper House were supposed to be intellectuals who would be able to contribute to the functioning of the Parliament through their debates and discussions. And as a House comprising representatives of the State, it is provided with a special power to be able to uphold the interests of the State. There exist three Lists containing subjects of legislation according to the Constitution – the Union List, the State List and the Concurrent List, and in case of Union and State Lists, neither the Centre nor the State legislature can legislate on subjects contained in the other list. It is only the Rajya Sabha which can empower the Parliament to legislate upon a subject in the State List in case it is expedient to do so.

In the recent times, a lot of reasons have led the masses to question the need for the Upper House in the contemporary political set-up of India. The Rajya Sabha, which was supposed to be a deliberative assembly to keep the narrowness and fickleness of the elected Lower house in check, has come far from that description. It has become the very picture of lack of decorum that was never expected from the intellectuals. In fact, during the discussion of the women’s reservation bill, marshals had to be deployed to evict protesting members.

Today’s Lok Sabha looks a lot like the Rajya Sabha that was perceived at the time of Independence. The fear of states not having enough representation in Parliament is not true anymore because the different regions and states are well represented in the Lower House by various parties that have no national interests but narrow regional agendas. Moreover, the chief ministers of the states are quite powerful and issues raised by them can be heard around the country.

The Upper House has also become a paradise for party fund-raisers, losers in elections, crony capitalists, journalists, retired CEOs and civil servants. Governments in the past took advantage of the Upper House to hire lateral talent. Individuals of repute who were either talented or had private sector experience were inducted so they could bring fresh ideas and knowledge in various ministries that desperately needed them. But, of late, political parties are exploiting the Rajya Sabha to reward power brokers who can raise funds for elections, journalists who support the party positions on various issues, etc., who in turn help the parties to gain influence and sway policy in the House. Thus, the Rajya Sabha has become an institution that serves vested interests than strengthen the people’s agenda.

Moreover, it has become a platform for parties to further their political agenda than to debate and improve legislation. Meaningful debates are rare and given the fragmented political environment of modern Indian politics, it is more of a hindrance to the speedy legislative process that the country desperately requires for economic growth and progress.

One can clearly see that the basic problem of the Rajya Sabha stems from the mentality of its members who work for furthering the interests of their respective parties than for the State which they represent, thus nullifying the very reason for the existence of the House.

Finally, the expenditure incurred on the functioning of the Upper House can be reallocated. Members of Parliament of both Houses are treated on equal footing as far as privileges and benefits are concerned. Savings of hundreds of crores from the abolition of the Upper House can be more gainfully deployed for either building infrastructure or enhancing social development or other meaningful projects.

Moreover, the twelve members nominated to the Rajya Sabha are eminent personalities in their own fields of work and are supposed to contribute intellectually to the debates and discussions on the floor of the House. But this often does not happen as they are too busy to even attend the sessions of the House. But while we had nominated members like Lata Mangeshkar and Dilip Kumar who rarely attended sessions, we also had people like Bimal Jalan, Swaminathan, Kasturirangan, Jaya Bachchan and Hema Malini in recent times who come well-prepared and are heard with rapt attention. However, a member nominated to the House by the President, is allowed to join a political party if he/she does so within the first six months of taking seat in the House. This may create political bias in the minds of these intellectuals and adversely affect their participation in the debates and discussions.

Keeping the arguments for and against the Rajya Sabha in mind, we must examine the reason for the establishment of a second Chamber in the first place – to preserve the federal principle. This along with the fact that the Constitution does not allow for the abolition of the Rajya Sabha makes it imperative for us to realise that the Upper House is not a body that we can do away with. Since the Upper House is here to stay, it is better if some changes are introduced in its structure to make it a more effective contributor to the Parliament.

One useful reform step would be to have members of the Rajya Sabha also directly elected by the citizens of a state. Although this would adversely affect the independent check on the Lok Sabha laws, it will, on the other hand, reduce cronyism and patronage appointments. This step should be combined with equal representation for each State and/or one vote per State so that large states do not dominate the proceedings in the House. This streamlined Rajya Sabha should remain deliberative, but another reform should be deadlines set for responding to bills initiated in the Lok Sabha to promote a faster process of legislation.

Therefore, it cannot be denied that the Rajya Sabha has played a constructive and effective role in our polity. Its performance in the legislative field and in influencing the Government policies has been quite significant as can be seen in case of the present government not being able to push through the Land Acquisition (Amendment) Bill and the Goods and Services Tax (Amendment) Bill which have been passed in the Lok Sabha due to the BJP majority. Rajya Sabha has, in this way, prevented hasty legislation and has long served as achamber representing the federal principle. Regretfully the Rajya Sabha today, does not reflect the rich cultural diversity of the states or the national perspective in its debates or discussions as it has become a victim to party politics. But since democracy is merely a trade-off between total chaos and tolerable confusion, it is essential for us to realise that the Rajya Sabha cannot be done away with and to reform it to suit the needs of our dynamic nation. 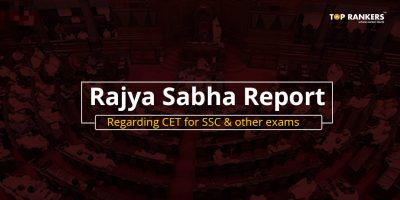 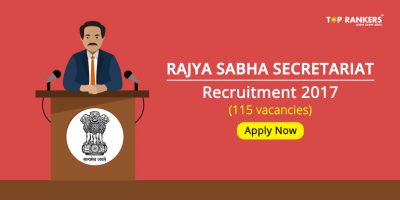