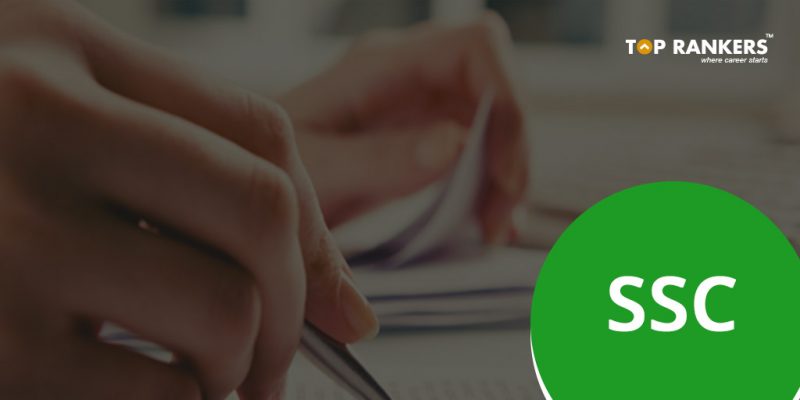 SSC Notice Regarding SSC CHSL 2017- 18 Age Issues- SSC CHSL is one of the prominent examinations of SSC (Staff Selection Commission) in an academic year. All SSC CHSL candidates are invited to instructions of govt.  (DoP&T)  contained  in  OM  No.  14017/70/87-Estt.  (RR) dated  14.7.1988  for  guidelines  to fix the crucial date for determining age  limit  for  Competitive  Exams by Staff Selection  Commission. 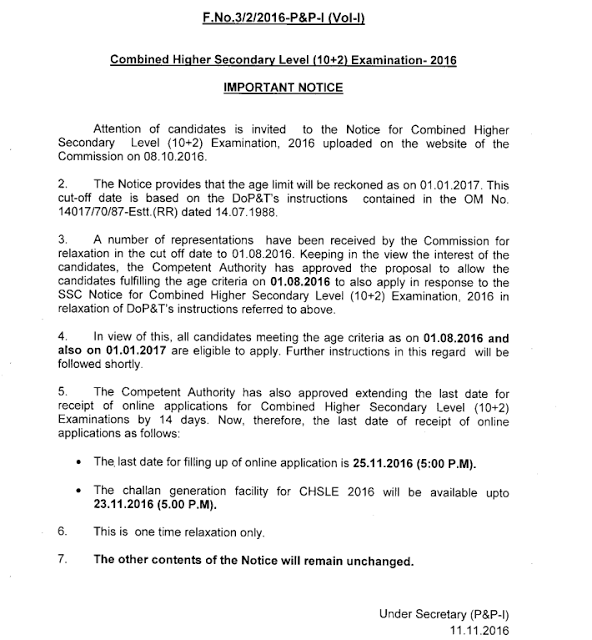 Let us take a look at the SSC CHSL important dates-

The Tier-I paper will be objective type. There will be 100 questions to solve in 60 minutes.

Those questions will be based on syllabus of SSC CHSL.

This will be a Descriptive Paper consisting of 1 Essay & 1 Letter. The structure asked is as follows-

Note: The minimum marks required for qualifying is 33 percent. Marks obtained by a candidate in this exam will be calculated to prepare the final list of qualified students.

This will be a Skill Test/Typing Test.

Stay tuned for more updates on SSC Notice Regarding SSC CHSL 2017- 18 Age Issues. All the best!