Staff Selection Commission released the SSC CPO Notification on 17th June 2020 for recruitment into Delhi Police, CAPFs, and Assistant Sub-inspector. The commission sets revised cut-offs every year, separately for male and female candidates. Go through the article to know about expected and previous year SSC CPO Cut Off marks.

The category-wise minimum qualifying marks in Paper 1 and Paper 2 are given below:

Based on the cut-off fixed by the Commission (Paper-I +Paper-II), category-wise details of 317 (List-I) female candidates and 3467 (List-II – 3063, List III – 369 and List IV – 35) male candidates qualified for appearing in Detailed Medical Examination (DME) are as under:

***92-SC, 22-ST, 876-OBC, and 283 EWS candidates qualifying at UR standard have been shown under their respective categories.

#No vacancy reported.
*13-SC, 04-ST, 114-OBC and 15-EWS candidates qualifying at UR standard have been shown under their respective categories.

#No vacancy reported. 03 candidates qualifying at the UR standard.

In the table below, we have mentioned Category-wise SSC CPO 2019 Cut Off Marks for both Male and Female, also the total availability of the candidates who are appeared in the Exam, which were released on May 25, 2019:

*25-SC, 12-ST and 384-OBC candidates qualifying at UR standard have been shown under their respective categories. Direct Link for SSC CPO Result 2019 (Female)

Previous year SSC CPO Cut off Marks Along with the result was released along with official SSC CPO cut off marks for 2017. You can check the Final cut off for SSC CPO 2017 in the official notice mentioned-below.

Based on the cut-off fixed by the Commission (Paper-I +Paper-II), category-wise details of the candidates qualifying for appearing in Medical Examination are as under.

Here, in the table below, we have mentioned SSC CPO 2017 Cut Off (Female);

Candidates have to clear each step of the SSC CPO Recruitment Process one-by-one to be a part of any of the Armed Force of India. The result for a particular stage will be released separately on the official website of the Staff Selection Commission of India.

All the tests are mandatory and one must clear each stage in order to be eligible for the next stage of recruitment. The SSC CPO Selection Process will consist of 4 stages-

The Grade Pay of Sub-Inspector in all CAPFs i.e BSF, CISF, CRPF, ITBP, etc. do not differ but remain the same. The following table is a representation of the SSC CPO Salary after the 7th Pay Hike for the posts of Sub-Inspectors under Delhi Police and CAPF –

Ques- How can I clear my SSC CPO?

Ques- Is there any sectional cut off in SSC CPO?

Ans- The exam of SSC CPO is tough as the exam is for the recruitment in the armed force of India. But it is not impossible to clear the exam, candidates can take the help of the SSC CPO Online Crash Course which helps more to be a part of one of the armed force.

Ques- What is the SSC CPO job?

Ans- Candidates who cleared all stages of the SSC CPO are eligible for the various departments in the armed force as a sub-inspector like- Delhi Police, CAPF, CISF, CRPF, etc.

Ques- Is there any Interview in SSC CPO?

Ans- No, candidates do not have to give any interview for the SSC CPO. There are a total of 4 stages to be a part of the armed force- Paper 1, Physical Endurance Test/ Physical Standard Test, Paper 2, and Medical Exam. Click Here to know the complete SSC CPO Selection Process. 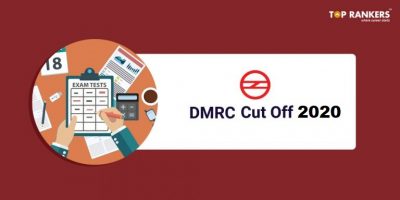