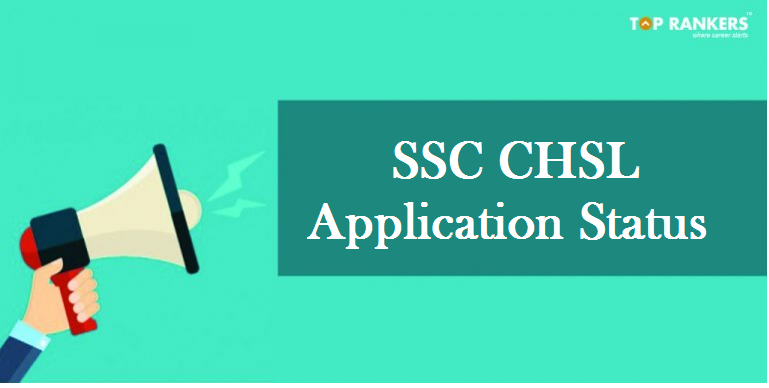 SSC CHSL Application form 2019: The Tier 1 SSC CHSL Exam has been conducted from 1st to 11th July 2019. This article will provide information on filling the form, payment information & documents required.

How to fill the SSC CHSL Post Preference Form 2017

The candidates can check their form status by following the steps given below:

The candidates must check the following table in order to know the SSC CHSL Main Highlights:

There are certain important exam dates for SSC CHSL. All candidates must check in the following table:

When the candidates are logging in to the Online Application System, they must use their Registration number other than Email id. 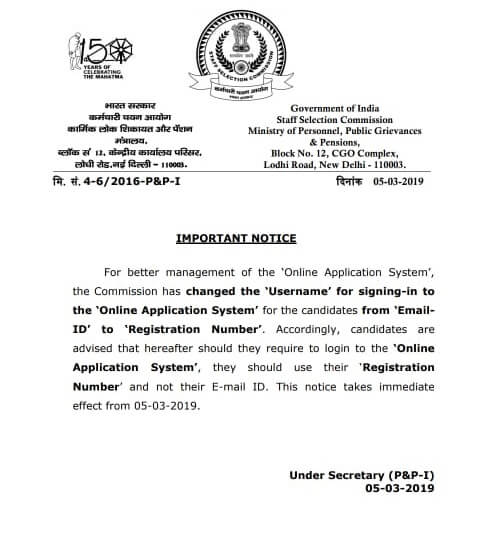 The following table has the approved age relaxation for different categories

The table below has the SSC CHSL Grade Pay details of different posts: 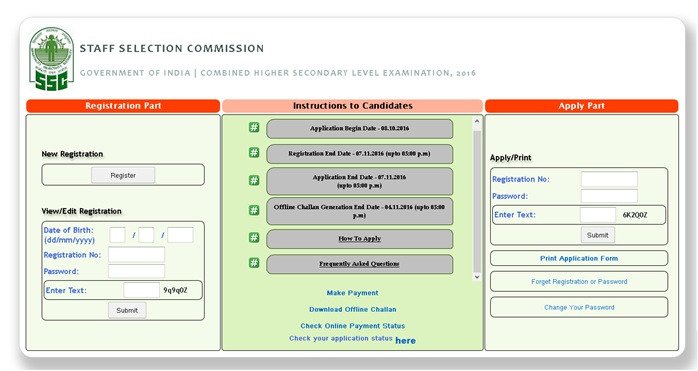 There are two methods of payment for the SSC CHSL Application form:

The process of filling SSC CHSL Application form is very simple. The students can follow the steps given below in order to accurately fill the form:

Stage-2 of the form 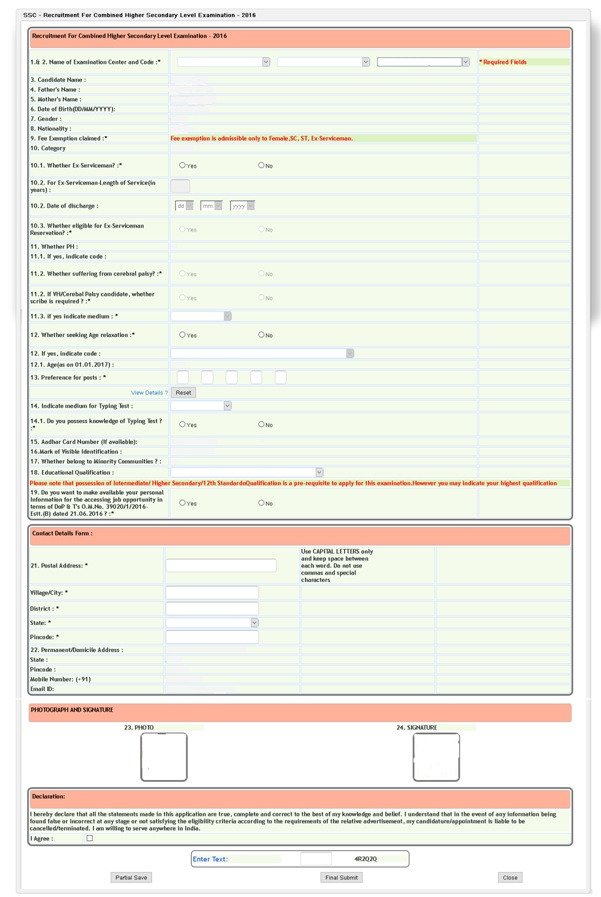 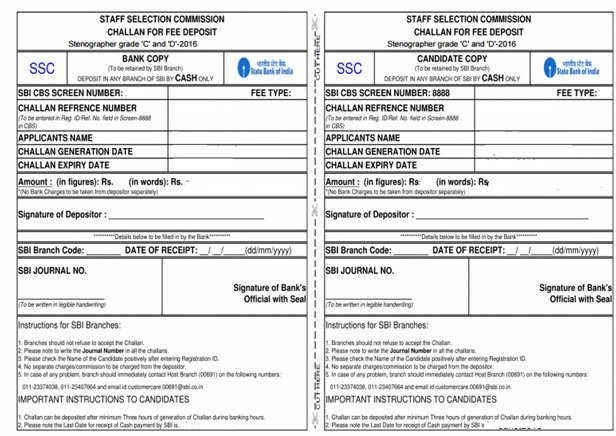 All candidates must keep in mind that there is no option of SSC CHSL Form Correction. Once the candidate has filled in the details and submitted it, they cannot make any modifications after that.

Q. How can we check the payment status of bank challan?

A. It takes 3 business days if one has paid the fee from bank challan. After 3 days, check the application form status, it will show the right information.

A. There is a print/apply button in the registration form. Click on it. The PDF is downloaded.

Q. How can I edit my application form?

A. Firstly, candidates can only edit the registration form two times. To edit the application form, candidates must visit the official website, click on ‘View/Edit Application Form’.

Q. I was making payment and the link got disconnected. What should I do?

A. If something like that happens, the candidate can always retry to do the payment. The candidates can try to make the payment via Net Banking/Debit/Credit Card