General awareness is one of the important subjects to be studied when appearing for the CGL exam as 25 questions will be asked from this section in the exam. To ease your preparation, we have provided the SSC CGL GK Questions asked in the previous years’ exams.

Reading newspapers and watching the news daily would definitely help candidates to know all the happenings around the world and that will help them attempt the GK section easily.  Aspirants are advised to focus more on topics like history, current affairs, biology, chemistry, etc. to score good marks in the GK section.

The Nalanda University was founded by

Who has become the first girl student to win the President of India Prize?

Washing soda is also known as

Bleaching powder is used in drinking water as a/an

The Finance Commission is constituted under article...... of the constitution of India

When is International Coffee Day celebrated?

How many countries including India have signed an agreement to stop the spread of online fake news?

Who was awarded the GN Ramachandran Gold Medal by President Ram Nath Kovind?

Which birth anniversary of Father of the Nation Mahatma Gandhi is being celebrated on October 02 2019?

In which year Delhi became the capital of India?

What is the strike range of the land-attack version of BrahMos supersonic cruise missile?

Which disease is caused by the bite of a mad dog?

Candidates appearing for the exam must take at least 1-2 GK quiz daily to test their preparation level for the upcoming exam. To help candidates, we have provided important SSC CGL GK Quiz questions here.

Which metal is used for generation of Nuclear Power?

Which planet is known as the Earth’s twin?

Which Indian wrestler has become World No. 1 in the 86 Kg category?

Which Indian classical musician has been honored with a planet named after him?

Knowing the important topics will help candidates to know how to plan their preparation in a better way. The following table has topics for SSC CGL General Awareness.

In this section, the SSC CGL GK Questions are asked from three topics such as Physics, Chemistry, and Biology. Check the subject-wise important topics of General science from the table below.

In General Knowledge, most of the GK questions for SSC CGl are asked from the topics mentioned below:

Let us have a look at the table below to know the subject-wise SSC CGL General Awareness Questions.

Candidates can study these below-tabulated topics well and solve SSC CGL History Questions to be perfect in each topic.

Let us have a look at the table below to know the important topics that need to be prepared to solve SSC CGL Geography Questions easily in the exam.

Here are a few SSC CGL GK questions asked from previous year exams. Candidates appearing for CGL Exam are advised to solve SSC CGL Previous Year Papers to know the difficulty level of the exam and estimate which type of questions will be asked. Let us have a look at the SSC CGL General Awareness Previous Year Questions below.

Begin your preparation for SSC Combined Graduate Level Exam by knowing the SSC CGL Preparation Tips from experts. The following table has all the Shifts for Tier 1 for June 04, 10 & 11, 2019 Exam. The number of questions and good attempts are mentioned: 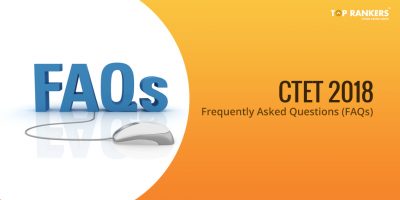