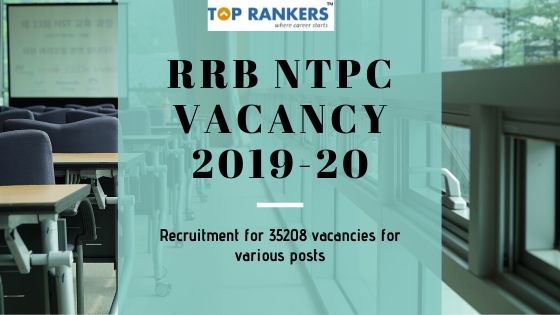 Revised Non-Technical Popular Categories (NTPC) vacancy for the year 2019 released for 35277 seats for different posts under undergraduate and Graduate for RRB NTPC 2019. The RRB NTPC Vacancy has been revised again to 35,208 on April 20, 2019.

Cancellation of Vacancies of DLW 2019

Let’s have a look at the detailed breakdown of RRB NTPC 2019 Vacancy for Undergraduate and Graduate posts;

Here are the total vacancies for the graduate candidates-

Over the year, RRB NTPC Vacancy keeps on changing every other year and looking at the trends it’s clear that the vacancy for Non-Technical Popular Categories (NTPC)Previous Year’s Vacancy Trend – RRB NTPC Vacancy 2019