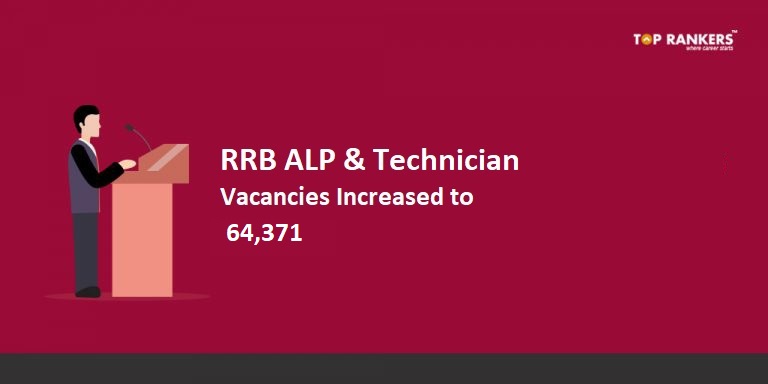 As Railway Recruitment Board has released the ALP Stage 2 Result for RRB ALP (Assistant Loco Pilots) and Technicians, few points related to exam are mentioned below-

Railway has made a huge announcement today. The RRB ALP has increased its vacancies from 26,502 to 64,371. This is a great opportunity for people aspiring for Railway exams. There are 27795 vacancies for Assistant Loco Pilot posts and 36576 vacancies for Technician posts. Check out the official notification below to know the complete details of the increase in RRB ALP Vacancy.

Read on to know the category wise vacancy breakdown as per the RRB  Notification 2018.

However, the candidate must have completed SSC/Matriculation and ITI in respective discipline from a recognized board or university.

Level 02 of 7th CPC Pay Matrix with initial pay of 19900/- plus other allowances as admissible.