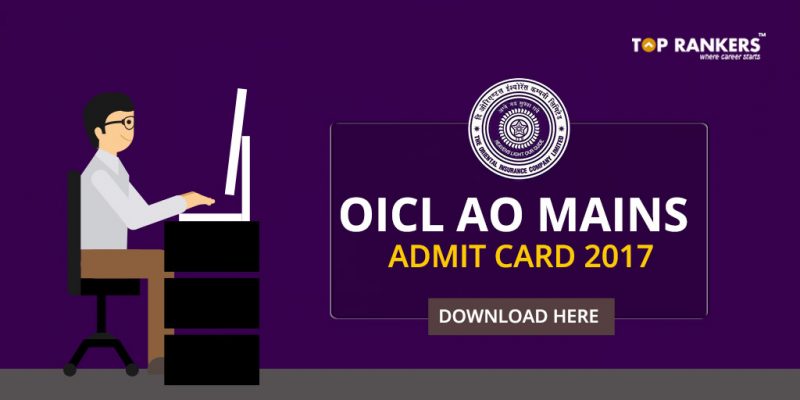 OICL AO Mains Admit Card 2017 Out – Download Now admit card for OICL Mains exam. Only for those who qualified in the preliminary exam

Number of Vacancies for OICL AO:

Descriptive Test: The Descriptive Test is of 30 minutes duration for 30 marks will be a Test of English Language (Letter Writing and Essay). The descriptive test will be conducted online.