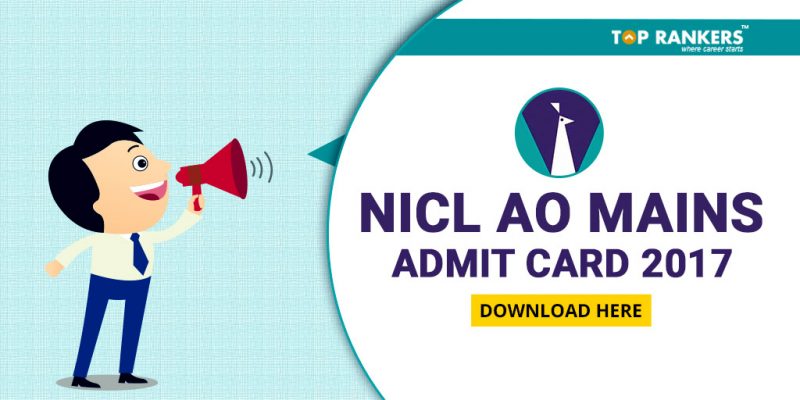 NICL has conducted its phase 1 or prelims exam for selection of Administrative Officers (AO) on 3rd and 4th June 2017. The mains or phase 2 exam wll be held on  July 2.

The admit card for NICL AO Mains  or phase  2 exam will be available on the official website soon.

How to Download The NICL AO Mains 2017 Admit Card:

The NICL AO Mains will be held in two stages-