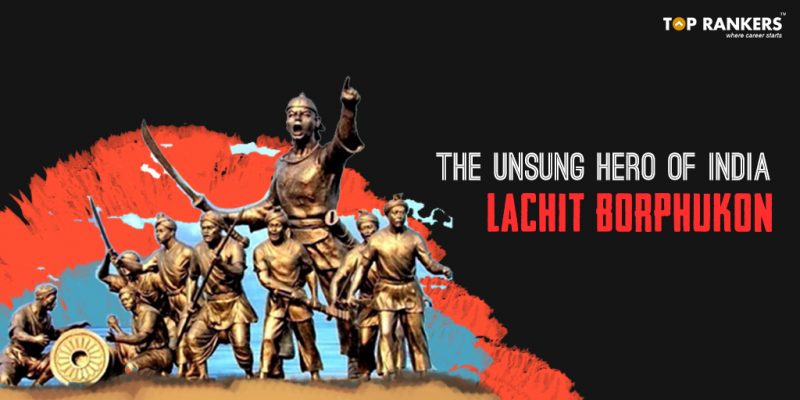 The stories of Akbar, Shivaji, Maharana Pratap, etc. are famous in India and abroad. Maybe, you have heard of their tales? You might have read about them in school books, children’s story books, seen their adventures in TV series/movies, and listened to their glorious stories from the elders. Well, that’s awesome. BUT, have you ever heard of ‘Lachit Borphukan’? If not, then, you are missing out on a fabulous tale of courage, intelligence, and willpower. Here, we unravel to you the tale of one of the greatest warriors in the continent…

Lachit Borphukan – From a Boy to a Man

Lachit Borphukan was born to Momai Tamuli in the seventeenth century. Tamuli was a Borbarua that literally translates to ‘Governor of Upper Assam and Commander-in-Chief’ of the Ahom army, and first to hold that position. He learnt the scriptures, arts, and military skills in his early life. Initially, he held the position of Soladhara Barua which means a scarf-bearer. Gradually, he was promoted to higher positions – Ghora Barua and Dholakasharia Barua, in that order. At that time, King Chakradhwaj Singha was ruling the state. Seeing Lachit’s skills, he promoted him to the position of Borphukon – who held both executive and judicial powers.

Glorious History of the Ahoms

At a time when the Mughal empire was enjoying its golden days, boasting of a strong army and conquest of a large part of India, the Northeast region including Assam remained safe from its claws. The Ahom dynasty had defeated the Mughals seventeen times and thus, kept their homeland secure. This is a feat to be applauded. When Aurangzeb was crowned as the King, he repeatedly tried to capture Assam. (The whole of Northeast was a single state at that time – known as Assam.)

The Battle of Saraighat 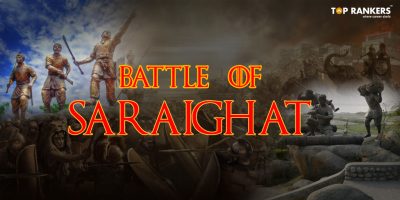 In a major setback, the Mughals were able to capture Guwahati and intended to expand their territory. The Ahom warriors, led by Lachit Borphukan – the commander-in-chief – set on a journey via the Brahmaputra river to take back Guwahati. They attacked from the river banks, retaking Bahbari, Itakhuli and freeing Umananda and Barhat from the Mughal forces.

The Mughal army outnumbered the Ahoms by an extremely large margin. And it worried Lachit Borphukan. But he was an expert at making strategies and thinking out-of-the-box. Displaying his tactical brilliance, he chose Guwahati with its hilly terrain and river banks for the Mughals. He knew that there were zero chances of victory in a battle in the plains. He set river embankments in such a way that the Mughals were forced to travel via the river to enter the city.

Initially, the Ahoms faced major setbacks, losing a lot of manpower. And inbetween, Lachit Borphukan had fallen sick. Nonetheless, when he heard about the losses, he chose to join the warriors instead of taking rest. He ordered seven boats loaded with bows and arrows. And proceeded to attack the enemy fiercely. His entry proved as a morale boost for the army who now fought with renewed passion and vigour. They killed 4000 Mughal army-men including their admiral. And chased them to the westernmost part of Ahom empire, the Manas river. Facing such a loss, the Mughals retreated to never attempt any more attack on Assam.

One Day In His Name 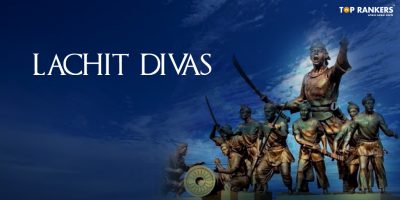 To commemorate his story of gallantry, we celebrate Lachit Divas every year on his birth anniversary – 24th November. Though Lachit Borphukan may not be known by many, the few of us that know him are proud of that very fact. Nevertheless, we sincerely hope the number increases so that more people may learn about the history of the Ahoms and find inspiration in him.

So, did you find our post on The Unsung Hero of India: Lachit Borphukan worth sharing? Then, please do so now and keep visiting us regularly for more stories of courage and determination. You may also share your thoughts with us in the comments section below. ‘Cause your opinion matters to us!