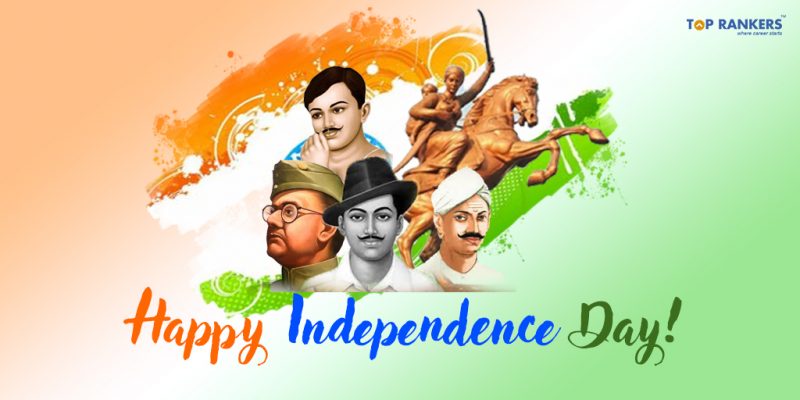 On 15th August 2018, we will be celebrating the 74th Independence Day of our country. We are enjoying this freedom from oppression of the British rule not by a mere small step. Only after years of struggle and sacrifices from numerous brave citizens of our country who are now remembered as freedom fighters, we are privileged enough to be witnessing this day.

We cannot say that we are free from the dark forces in this age – the problems of corruption, hyper-pseudo-nationalism in the name of religion, and mob lynching cases are rampant in all parts of the country. Our generation holds the responsibility of liberating our country from all these evils – though not limited to the mentioned cases. Nonetheless, let us use this opportunity to look at the silver lining, by recollecting the glorious past of our nation. Because we simply cannot deny the immense sacrifice and struggle our forefathers went through to let us have this day.

One of the most influential leaders in the freedom struggle, Bhagat Singh became an atheist after looking at the baseless Hindu-Muslim riots spreading across the country at that time. He was responsible for shooting John Saunders, a British Police Officer, mistaking him for another official that was responsible for Lala Lajpat Rai’s eventual death. Consequently, he was convicted and hanged in the year 1931, after a year of absconding, at a young age of 23.

Bose, famous for his slogan “tum mujhe khoon do, main tumhe azaadi dunga”, didn’t believe that the principle of non-violence could succeed in liberating India from the British rule. He had numerous disagreements with Gandhi and thus, was ousted from the Indian National Congress. Bose sought the help of Germany and Japan during World War II to free India from the shackles of the British colonialists. He died on 18th August 1945, due to third-degree burns during a plane crash, though there are many conspiracy theories going around that says something entirely different.

The queen of the princely state Jhansi, Rani Lakshmibai was a prominent figure in India’s first rebellion against the British rule in 1857. She fought several battles against the British, resisting their forces and defending her state. She died on 18th June, 1858, while fighting the colonialists in Gwalior.

Chandra Shekhar Azad participated in the Non-Cooperation Movement at a very young age of 15 years, and was subsequently arrested. He was an active participant of the Kakori Train Robbery of 1925. His sole aim was to create an independent India based on socialist ideology. During an encounter with the police, on 27th February 1931, he shot himself dead with his last bullet. Thus, staying true to his vow of never being captured alive by the British.

A sepoy or sipahi in the 34th Bengal Native Infantry, Mangal Pandey was one of the first mutineers against the British officers. Pandey inspired many other freedom strugglers to make the dream of Independent India come true. He was sentenced to death by hanging and was executed on 8th April though the scheduled date was ten days later.

Avail FLAT 35% Off on All Test Plans! Use Coupon – AZAADI.

Get FLAT 40% Cashback On All Test Series. Use Code – FREEDOM.

Use Code: INDEPENDENCE to get FLAT 20% Off on all CLAT Plans.

So, tell us, did you find our post on 74th Independence Day an interesting read? Then, keep visiting us regularly for more such updates. And do share your thoughts with us in the comments section below. ‘Cause your opinion matters!