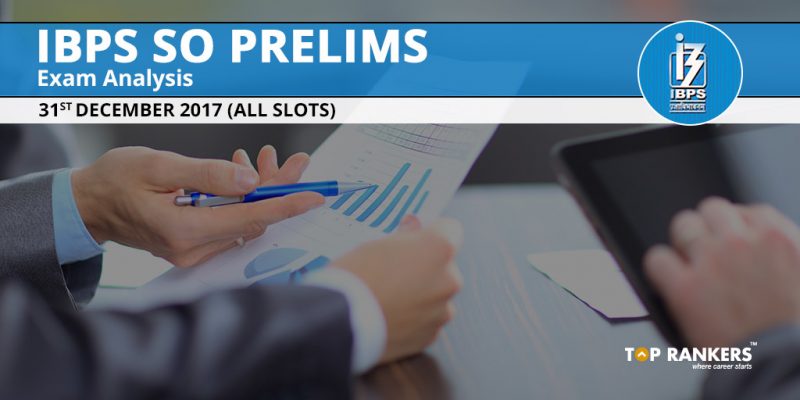 IBPS SO Prelims Exam Analysis 31st December 2017 All Slots  – Get Questions asked, Good number of attempts and difficulty level of the exams.

exam do not have Quantitative Aptitude.

It is a composite time of 2 hours for 150 questions and extra time will not be given.

The level if English paper was moderate and this came as a surprise to students who had expected a difficult paper being a Specialist Officer Exam. Candidates who have practiced will be easily able to solve the section.

There were 2 sets of Reading Comprehension (which also had 1-2 questions based on vocabulary). The topic of RCs was- 1) Curroption related 2) Related to Britain’s Economy

There were 4 puzzles and Seating Arrangement and was similar to the IBPS SO exam conducted yesterday.

General Awareness is a scoring section was good and candidates who are well prepared will be able to do well in the section. Most of the questions were from current affairs that happened from September – October. The questions were not from early occurrences of the year. Candidates who have current affairs of the last two months at their fingertips will be able to solve this section. There were around 10 questions of Banking and 10 question of Static Awareness. 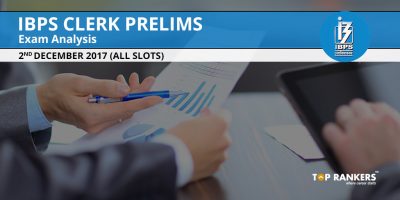