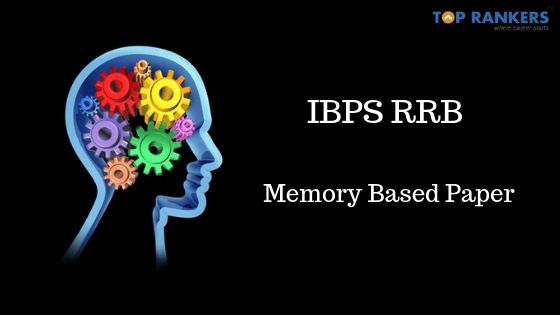 Q.  David got two and a half time as many marks in English as in History. If his total marks in the two subjects are 140, the marks obtained by him in English are:

Q. The total number of digits used in numbering the pages of a book having 366 pages, is:

Q. Find the number of pairs possible from ATTENTION word

Q. Which letter is seventh from the left of 16th from right in the English alphabet?

Q. If the English alphabet is written in reverse order then- Which letter is 5th at right of 12 from right?

Q. Arrange the following in the order of the dictionary.

Q.  A word is given in each of the following questions. Then four options are given below each word. One of the options is a word which cannot be made using the letters of the given word. Identify that option.

Q. A word is given in each of the following questions. Then four options are given below each word. One of the options is a word which cannot be made using the letters of the given word. Identify that option.

This post is to enhance candidate’s preparation by providing them with Previous year IBPS RRB Officer Scale I Exam Questions. These questions are compiled and prepared by a panel of experts and say that preparing from previous year questions will help in solving most of the questions.

Go through the section-wise Important IBPS RRB Memory Based Paper from Previous Year Exam and enhance your revision. These are just a few important Memory Based Paper Questions, but candidates need to refer to the previous year papers of IBPS RRB Exam.

Q3. Approximately what is the percentage of candidates qualified over appeared from all the institutes together in 2017?

Q5. Two pipes can separately fill a tank in 10 hours and 40 hours respectively. Both the pipes are opened together to fill the tank, but when the tank is half-filled a leakage develops, through which 1/2 of the water supplied by both the pipes leaks out. What is the total time taken to fill the tank?

The following graph shows the net percentage profit of two companies, A and B for the period 2006 to 2012 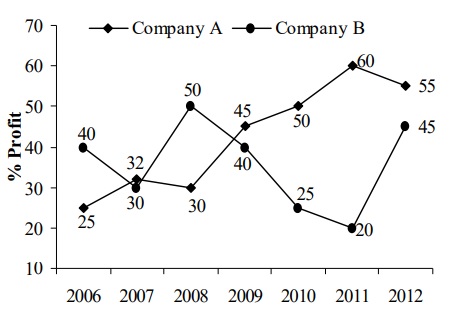 Q11. In which of the following years is the percentage increase in the profit of Company A the highest over the preceding year?

Q12. In which of the following years is the difference between the income and the expenditure of Company B the maximum?

Q(1-5) Study the information given below and answer the given questions:
In a certain code ‘facing problems with health’ is coded as ‘mlp hlt ngi snk’, ‘health problems on rise’ is coded as ‘hlt sa rtv mlp’, ‘rise with  very challenge’ is coded as ‘snk rtv lne riy’ and ‘facing challenge each day’ is coded as ‘ngi riy nop hus’.

Q2. “riy rtv roi” could be a code for which of the following?

A. rise above challenge

Q3. Which of the following is the code for “facing”?

Q4. “riy snk mlp” could be a code for which of the following?

A. problem every day

B. challenge with health

Q5. Which of the following is the code for ‘day’?

Q6. Who amongst the following sits on the immediate right of H?

Q7. Who amongst the following sits third to the right of A?

Q8. Four of the following five are alike in a certain way, based on the information given above and so form a group. Which is the one that does not belong to that group?

Q9. If all the people are made to sit in alphabetical order, in a clockwise direction, starting from A, the position of whom amongst the following remains the same (excluding A)?

Q10. How many people are seated between A and C (counting clockwise from A)?

Q11. Who amongst the following sits exactly between F and C (and is also their neighbor)?