Journalists to lose Accreditation for writing and spreading Fake News 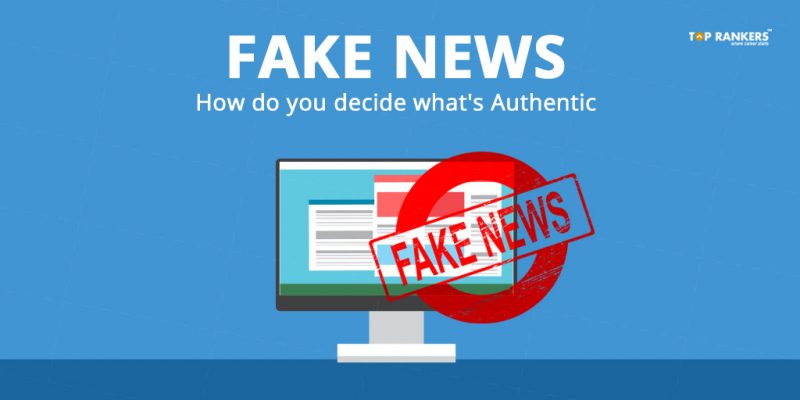 Reportedly, journalists may permanently lose their accreditation because of writing and spreading fake news.

In this age, with the advent of social media and instant posts, it’s becoming increasingly difficult to know which news report is true and which is fake. Even if some part of a report may be true, it may be exaggerated to humongous levels. How will we decide which one to believe? Are there any parameters on whose basis common people can analyse and judge the authenticity of a report? You may also have thought of giving up on the media as a whole. But is it the right solution? How will you know what’s going around the world? Scroll down to read more.

A Ray of Hope!

This will come as really good news to you – Information and Broadcasting Ministry has recently amended their guidelines. According to the new guidelines, journalists writing and spreading fake news may permanently lose their accreditation. If this happens, they won’t be able to have access to government events.

Both print and electronic media reports would be considered. We hope that these rules are applied to each and every case – barring any political influence. We also hope that the rules are not merely written on paper but enforced in its entirety.

Latest Update – Just 48 hours after the enactment, PM Modi has revoked the law, after many people voiced their opinions against this. Some had also stated that this well-intended law might be misused.

If the journalist has written or spreads a piece of fake news for the first time, his/her accreditation will be suspended for six months. If it happens for the second time, the suspension time is for a period of one year. After two times, if the journalist resorts to rule-violation once again, they may lose accreditation on a permanent basis.

Maybe, one day in the future, we don’t have to sweat our minds judging the authenticity of news reports. We don’t wish to read anything and everything just for the sake of some political party or media organizations’ vested interests. Money matters but not at the price of people’s sentiments and reputation. Before writing or spreading any post, we must always question the authenticity of the said report. We may be seeing only one side of the coin. We don’t know what the other side is hiding – which may alter the whole story. And we must ensure – no collateral damage is inflicted while doing business. That’s our moral and social responsibility as a human being.

Let us work towards a just and fair process. We hunger for authentic and useful news but made-up garbage.

Found our post on Fake News worth reading? Do tell us your thoughts in the comments section below.