Distinction between Fundamental Rights and Directive Principles of State Policy 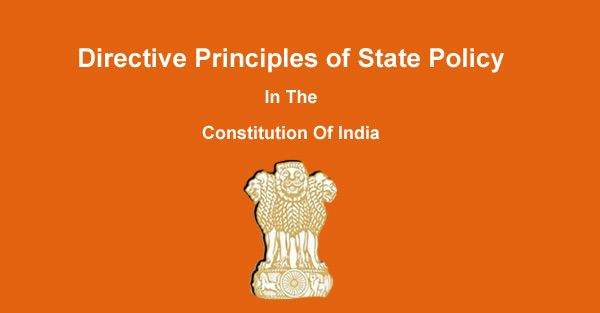 Analysing literally, Fundamental Rights (FR) are the most basic rights or freedoms granted to a person on his/her birth as an Indian citizen. On the other hand, Directive Principles of State Policy are the rule of thumb which the Government of India has to follow while enacting legislations.

FR at its basic substance is the most active part of the Indian Constitution. When the inceptors of the Constitution got together for putting down the Constitution, their first prerogative was to give an adequate platform for the citizens to rise from their misery under the Colonial Rule. Once the tone was set by the FR, it was down to the people to utilize the ‘leeway’ and do their bit in making India prosperous. A major setback after India got Independence was the mass homicide between the people of different faiths. It showed the way to the Drafting Committee granting Right to Freedom of Religion under Articles 25-28.

In a similar way the philanthropy of the Drafting Committee members was in full view when they included Directive Principles of State Policy into the Constitution (DPSP). DPSP was a tribute to India’s father of the nation.

The ‘immortality’ of the Indian Constitution lies in this section. Gandhianism is still immortal in the lives of Indians, the way we talk, walk and think, and even do business. Take the example of Arunachalam Muruganantham, the inventor of low-cost sanitary napkins. His model of business is solely rural (as Gandhi said the real India lies in its villages) and aims to give employment to 1 million rural Indians. Another example related to governance would be the enactment of the 73rd and 74th Amendment to the Indian Constitution, which gave a legal shape to Panchayats and the Municipal Corporations.

The FR and the DPSP hold their own sense of purpose. Similarly, the tree organs of Indian Democracy hold themselves by themselves. A good way to end would be Article 50 under the DPSP, which rightly holds the autonomous functions of the Judiciary and the Executive.

#Image Source Google thanks to creator