Important Current Affairs Questions For IBPS PO Mains along with the PDF has been given below. Check the most scoring topic, ‘current affairs’ list of questions and answers in this article. IBPS PO Recruitment is done in 3 stages, Mains examination is the most challenging phase of the paper. Candidates that clear the Mains exam will be called for face to face interview.

Current Affairs Questions For PDF– The IBPS PO Prelims is over now and it’s the time when students need to gear up with their preparation of IBPS PO Mains. Before preparing for the IBPS PO Main Exam, one must be assured of the exam pattern, marking scheme and good scoring section.

Without a proper strategy, it is very hard to crack an exam like IBPS PO Main Exam. There is an intense competition outside for cracking this exam and therefore you will have to come up with a very adept preparation and performance during and before the examination. Read this article on Current Affairs Questions For IBPS PO Mains and download the PDF given below for practice.

Q1. What is the ranking of India on the recently released World Economic Forum’s Global Human Capital Index?
Answer: 103

Q2. Name the first state that has recently rolled out an Electric Vehicle and Energy Storage Policy.
Answer: Karnataka

Q3. Corporate Affairs Ministry and CBDT has signed an MoU for automatic and regular exchange of information to curb black money in the country. What does ‘DT’ stands for in CBDT?
Answer: Direct Taxes

Q4. Name the Operation that India has recently started to provided assistance to Bangladesh in response to the humanitarian crisis being faced on account of the large influx of Rohingya refugees.
Answer: Operation Insaniyat

Q5. Which movie was recently awarded the Golden Lion at the 74th Venice Film Festival?
Answer: The Shape of Water

Q7. Environmental Ministry has recently inaugurated a two-day conference on “Sustainable landscapes and forest ecosystems: Theory to Practice”. It had launched the campaign named ____________ on the occasion.
Answer: Wood is Good

Q8. In which state, Suzuki Motor has decided to invest more than Rs 1,150 crore along with Japanese partners Toshiba and Denso to set up India’s first lithium-ion battery facility?
Answer: Gujarat

Q9.  Name the person that was elected as Chair of Ethics Commission of the International Olympic Committee (IOC) for a four-year term.
Answer: Ban Ki-moon

Q11. The theme for International Day for the Preservation of the Ozone Layer is ______________.
Answer: Caring for all life under the sun

Q13. Name the only Marshal of the Indian Air Force who passed away recently.
Answer: Arjan Singh

Q14. Prime Minister Narendra Modi has recently launched the world’s second-biggest dam on the river Narmada in Gujarat. This dam has been named as ________________.
Answer: Sardar Sarovar Dam

Q15. Name the lender that has topped the list of the country’s top 50 brands according to a report released by marketing and advertising conglomerate WPP Plc and Kantar Millward Brown.
Answer: HDFC Bank

Q17. Name the Force Motors Chairman who has been recently elected as the new president of the automobile industry body Society of Indian Automobile Manufacturers (SIAM).

Q18. Name the Eminent jurist who was awarded the prestigious N R Madhava Menon Best Law Teacher Award 2017 for his distinguished services to legal education and the legal profession.

Q19. Name the digital company with which Infosys has recently completed its acquisition in a cash deal worth GBP 7.5 million.

Q20. Name the lender that has surpassed Tata Consultancy Services (TCS) to become the country’s second most valued firm in terms of market valuation.

Q21. With which Payment gateway provider, IRCTC has announced its collaborations to provide users a safe and secure option to pay for rail tickets booked?

Q22. Name the payment bank that has partnered with the National Payments Corporation of India (NPCI) to launch a RuPay-powered digital debit card.

Q23. Name the city that will host the fifth edition of the ‘Coastal Shipping and Inland Water Transportation Business Summit 2017’.

Q24.  The Department of Industrial Policy and Promotion has recently organized the second State Startup Conference in ___________.

Q25. Name the capital city that has been named as the world’s top financial centre in the World, as per the recent survey.

Q26. Name the Indian player who has recently launched -Mission 24 for Mumbai’s M eastward which is known to have one of the highest slum population’s in the city.

Q28. The Secretary-General of UN Antonio Guterres has recently appointed ______________ as the first special envoy for the oceans.

Q29. Pune-based auto firm Force Motors Ltd has entered into an agreement with which car manufacturing company to produce engines for power generation?

Q30. In the recent announcement of International Olympic Committee (IOC), which city has been awarded the 2028 summer Olympics? 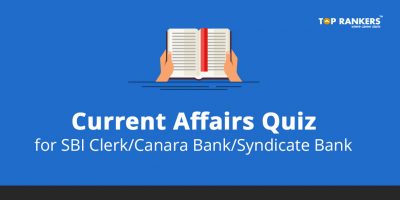 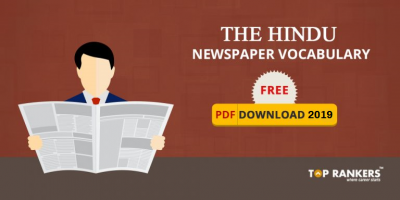 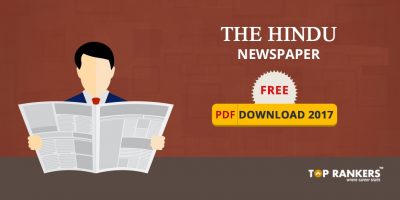 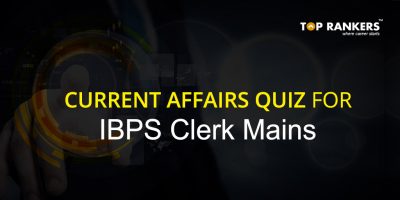