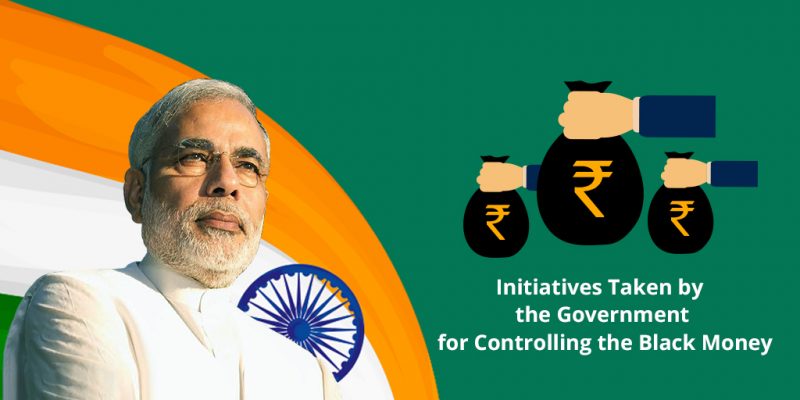 Black Money has been a menace for the Indian economy for a very long time. Many steps had been taken to curb its hoarding. However, they had procured only little or no benefits.

The Voluntary Disclosure of Income Scheme was brought in 1997 by the CBDT.  It had given an opportunity to the income tax or wealth tax defaulters to disclose their undisclosed income at the prevailing tax rates. This scheme had also ensured that the laws relating to economic offences was not applicable for those defaulters. Over 350,000 people had disclosed their income and assets under this scheme, which had bought revenue of ₹78 billion (US$1.2 billion) to Indian finance ministry. The scheme was closed on 31 December 1997. This was the first of the measures to curb the Black Money menace.

Coming to this decade, the latest measure is the scrapping of Rs. 500 and Rs. 1000 notes. This might look a hastily taken step; however, PM Modi had been laying its foundation since a long time. The steps taken are as follows –

This will now also be a huge help in curbing black money. Now that Rs 500 and Rs 1000 currency denomination notes have been banned, transactions from banks will acquire importance. Opening of accounts even in the remotest areas will help the rural villagers. They will not feel the pinch of the banning of the currency notes.

The incidence of fake Indian currency notes in higher denomination has increased. For ordinary persons, the fake notes look similar to genuine notes, even though no security feature has been copied. The fake notes are used for antinational and illegal activities. High denomination notes have been misused by terrorists and for hoarding black money. India remains a cash based economy hence the circulation of Fake Indian Currency Notes continues to be a menace. In order to contain the rising incidence of fake notes and black money, the scheme to withdraw has been introduced.

RBI has come up with two new denominations in the Mahatma Gandhi Watermark Series – Rs. 500 and Rs. 2000.

In October 1987, Rs. 500 banknote was introduced with the portrait of Mahatma Gandhi and Ashoka Pillar watermark.