The exam pattern will help you know the marking scheme, the number of questions asked from each section, etc. This post takes you through the detailed CLAT Exam Pattern 2021.

The CLAT Exam for the LLB Program is segregated into a total of 5 sections. The first section targets to evaluate a student’s capability to solve a problem with logic and understanding. The other section examines a student’s interest level as well as his/her knowledge of Law.

Check out the table below to know the weightage of questions for CLAT Subjects.

It is important for you to go through the detailed CLAT 2021 Syllabus and exam pattern to better succeed in the exam. The below table explains the weightage of objective type questions for the LLM course.

Will There be an Essay Section in CLAT LLM Exam?

Last year, to reduce the burden from the students due to the ongoing crisis across the country, the Consortium of NLUs had announced that the essay section was removed in CLAT LLM. However, it is not clear whether essay questions will be there or not this year.

You must note that if Consortium brings back the easy section, then the objective questions will be reduced from 120 to 100.

Ans: The Common Law Admission Test is considered one of the toughest law exams in India due to its high competition level, CLAT exam pattern, number of seats, cut off marks. But, this year, the consortium has made some changes in the exam pattern to make it less difficult for all candidates.

Ques. What are the subjects in CLAT LLM?

Ques. Is the legal aptitude section of the CLAT Exam removed?

Ans: No, the question paper of CLAT 2021 will include questions from the ‘Legal Reasoning’ section.

Ans. The CLAT exam is conducted by any one of the 19 NLUs on a rotational basis.

Ans: No, it is not compulsory to study mathematics at the Class 12th level as per the eligibility criteria of CLAT 2021, however, the question paper will include the section based on the subject. Though, the section of ‘Elementry Mathematics’ will be based on class 12th/ basic numerical ability only.

Ques. Are there any alterations that were announced in the mode of law examination?

Ans. Yes, from the year 2019 onwards, The Common Law Admission Test or CLAT has to be directed in an offline mode only. But before that, the exam used to take place in an online (computer-based) mode.

Ques. What is usually the medium of the CLAT Exam?

Ans. Just as in previous times, the Common Law Admission Test takes place in an English medium only

Ques. Are there any modifications that have been observed in the CLAT Exam Pattern by the official authorities?

Ans. Yes, the exam conducting authorities have announced the changes in the CLAT  exam pattern of LLB and LLM paper.

Ques. Is it true that the exam pattern of AILET and CLAT is exactly similar?

Ans. No, the exam pattern for the AILET Exam and CLAT exams are totally different. The paper pattern for both the exams are mentioned below:

Ques. What is the CLAT Marking Scheme?

Ans. As per the CLAT marking scheme, candidates will be awarded +1 mark for each correct answer and 0.25 marks will be deducted for each wrongly answered question.

Ques. Is the exam pattern of CLAT PG changed?

Ans. As per the recent announcement made by the consortium, there will be no changes in the exam pattern of the PG. This year, the PG exam pattern is the same as last year’s paper. 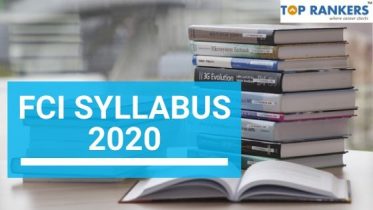