Updated on  December 8, 2020 by Shivani Agrawal

CLAT Cut Off is the minimum mark needs to be secured by aspirants to get admission into desired NLUs. The Common Law Admission Test is a highly competitive national-level law entrance examination, hence the cut off marks are too high.

Soon after the results, the Consortium of NLUs will release the CLAT Cut Offs. Considering various factors the cut off marks are decided.

The CLAT 2020 Expected Cut Off vary for each category and college. Candidates scoring above the cut off marks will be eligible for CLAT Counseling 2020.

Here is the expected CLAT Cut Off for all NLUs. Based on the CLAT Exam Analysis, these expected marks are prepared.

After the analysis of the papers for UG and PG courses, authorities have released the CLAT Cut Off 2020. Check the table below to know the CLAT 2020 cut off marks as per the latest pattern.

The Consortium had released the CLAT Answer Key which lets candidates to check their score and know if they have secured above the cut off marks.

Go through the College-wise CLAT cut off from the below table.

The students shall check the CLAT Cut off College-wise and Category Wise as follows. The Consortium released the cut off marks after the CLAT Result 2020.

The merit list will be released by the authorities after the announcement of CLAT Cut Off 2020. Candiadtes who have scored above the cut off marks are eligible to attend the counselling process.

The Round-wise CLAT Previous Year Cut Off is released and mentioned in the table below. Candidates must remember that the admissions to the undergraduate and postgraduate law programs will be completely based on the CLAT Seat Allotment and merit-cum-preference basis. The students can check the Cut Off for the year 2019 in the table below:

The students can check the following table for 2019 cut off for CLAT College-wise:

The students can check out the following table for College wise CLAT Cutoff 2017:

The students can check the following table for College wise cut off 2016:

The students can check out the following table to know the cut off college wise for CLAT Exam 2015:

The table below has the cut off mark list of CLAT 2014 General category.

The candidates must check out the following table in order to know the cut off for 2014 college-wise:

CLAT Cut Off for NLSIU Category-Wise

National Law School of India University, Bangalore is one of those institutes that focus on offering great Law Programs for the eligible candidates. The CLAT CutOff  Marks for NLSIU, Bangalore for the year 205 & 2017 is as follows:

NALSAR is National Academy of Legal Studies and Research. The Academy is located in Hyderabad and offers courses for eligible Law students. Candidates can check the following table in order to view the CLAT Cutoff NALSAR for the year 2015 & 2017:

National Law Institute University is a law school for research. It is situated in Bhopal, India. This educational institute was established in 1997 by the State of Madhya Pradesh. The students can check out the category wise cut off for NLUI, Bhopal:

The West Bengal National University of Juridical Sciences is a law university which is autonomous and established in 1999. The University offers courses at both undergraduate and postgraduate stages. It is located in Kolkata, West Bengal, India. The table below has the cut of for WBNUJS category wise for the year 2014 & 2017:

National Law University and Judicial Academy, Assam is a law school. It is situated in Guwahati, Assam, India. It is an autonomous institute and was established in 2009. The candidates can check out the table given below for CLAT CutOff 2015 & 2017:

Hidayatullah National Law University is a National law university situated in New Raipur, Chhattisgarh, India. The table below has their cut off for the year 2017, 2015 & 2014:

Chanakya National Law University is a law school located in Patna, Bihar, India, established in 2006 by the Government of Bihar. The table below has cut off for CLAT for the year 2017, 2015 & 2014:

Let us have a look at the table below to know the percentage of students who secured ranks in the Exam 2018.

How is CLAT Cut Off Helpful?

The cutoff marks for CLAT is the score decided by the exam conducting authority to shortlist candidates for counselling stage. Candidates scoring above the CLAT Cutoff will be eligible for getting selected for the next stage. CLAT 2020 Cut Off will be released separately for each round of counselling conducted by the admission authorities. The cut off marks are released category-wise and NLU wise. So, candidates are advised to check the college-wise cut off marks tabulated below and prepare accordingly. In this post, candidates can find expected and previous year Marks.

Every year, there is a rise and fall in the cut off marks for the CLAT Exam. This can happen because of the following factors:

As the exam is scheduled for 28 September 2020, the CLAT CutOff is expected to be released tentatively in the month of October 2020. The Cut Off 2020 will be released after the completion of every round of counselling.

Q. Is CLAT compulsory for LLB?

Yes, it is very important to give the Exam in order to write the LLB Entrance Exam. The candidates in LLB will be selected on the basis of the merit list of 2020.

Q. What is a good score in CLAT?

A good score in CLAT Exam is 140-160 for a general category candidate. This score would easily get any student into the admission process of CLAT.

The Common Law Admission Test CutOff will be released after the completion of each round of counselling. And it also depends upon seat intake of all participating institutes and the number of seats left out after each round of the counselling.

Q. What rank do a candidate need to secure to get admission in top 3 NLUs?

As per the precious cut off trends, students need to secure a rank between 105-120 to secure an admission in top 3 NLUs.

Q. What is the CLAT 2020 expected cut off marks of HNLU, Raipur for a general category?

Q. Is the RMLNLU Cut Off marks released separately for each course?

Yes. The exam conducting body will release the RMLNLU Cut Off Marks separately for each course. The cut off of RMLNLU is released category-wise for both LLB and LLM courses. 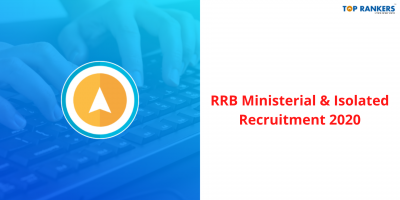