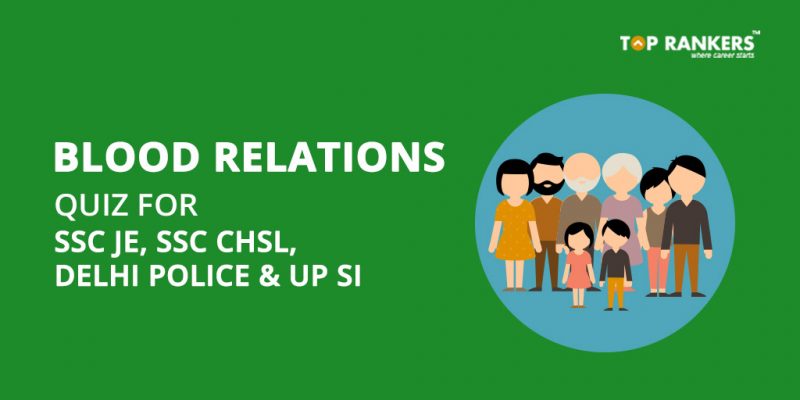 Take me to the quiz

You will definitely agree that blood relations is one of the craziest topics! It is tricky yet everyone loves solving the topic. But, blood relations topic could also be confusing at times. Wondering if you should attempt Blood relations quiz for SSC JE, CHSL, Delhi Police & UP SI? Here are a few reasons:

How to Solve Blood Relations Questions in competitive exams

Some of the common terms used in family relationships are given below:

a) Parent – Mother or father

b) Child – Son or daughter (even if an adult)

i) The brother of spouse, or

ii) The husband of sister, or

iii)  The husband of spouse’s sister.

Gear up for the Blood Relations Quiz for SSC JE, SSC CHSL, Delhi Police & UP SI & know how prepared you are! Stay tuned for quizzes from other topics as well to enhance your exam preparation.