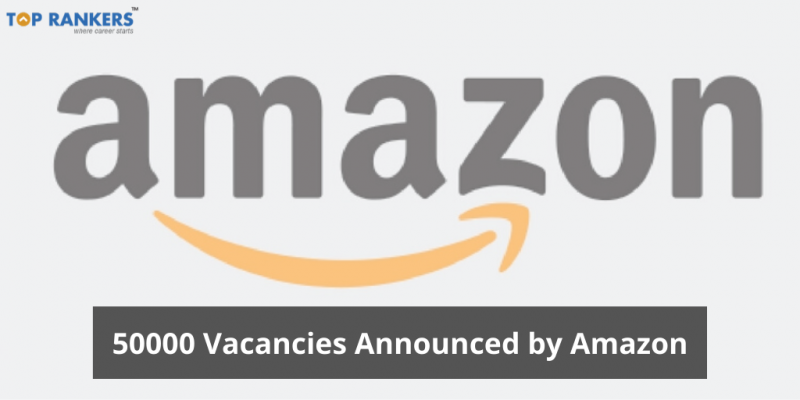 Amidst the bad omen this year has brought for the world, Amazon has come up with a good news for the people of India.

While the Indian economy has been wrecked by the current scenario with job losses on an unprecedented scale, Amazon has announced 50,000 job vacancies. These are mainly seasonal employment opportunity to fulfil the rising demand during this phase of the country.

This announcement has brought a sort of relief for the people suffering i.e. the migrant workers. These vacancies have been announced to surge the demand on their e-commerce platform.

Amazon’s Senior Vice President Amit Agarwal wrote on twitter, “We’re committed to creating as many job opportunities while providing a safe working environment.” This is a great opportunity to nullify the unemployment to a certain extent.

Amazon also claims it to be an opportunity with variety of roles in their fulfilment centers and delivery network. The jobs are available for people who can work part-time as well. The work opportunities will be flexible as independent contractors with Amazon Flex.

Getting into the details of the roles, it has been announced that the people will be hired on contractual and seasonal basis. The duration of work or working hours will vary from city to city depending on the demand.

The company says, “The Associates will join other associates across Amazon India’s fulfilment and delivery network and assist them to pick, pack, ship and deliver customers’ order more efficiently”

Considering the job opportunity, it is inferred that the average pay of a delivery executive in India is INR 16,000 (source: Glassdoor). However, Amazon has not announced any salary for the vacancies announced.

They have announced these vacancies to meet the customer satisfaction. This announcement has brought a ray of hope for many delivery executives as well who have lost their jobs.

Akhil Saxena, VP Customer Fulfilment Operations, APAC, MENA & LATAM, Amazon says, “The one thing we have learnt from the current situation is how Amazon and e-commerce can play for our customers as much as for small businesses and economy. We are focused to help customers across India to get everything they need at their doorstep and continue to practice social distancing. These vacancies will provide a safe working environment for people in need of a job.”